This Monday, Bogotá postponed bidding for its long-planned public bicycles program - for the third time. It's not difficult seeing why.

Only two 'temporary unions' bid to manage the system, supposed to start out with almost 1,500 bikes. The first 'union' consists of the Jiangsu Home Technology Co Ltda. y Cartagüeña de Aseo Total ESP. A Google search found no trace of the home tech company, which presumably is based in the Chinese coastal province.

In contrast, Cartagüeña de Aseo Total's malfunctioning website states that it was founded in 1993 to collaborate effectively in the solution to the problem which the capital's inhabitants were suffering due to non-opportune collection of garbage, which was causing epidemics and environmental contamination.' That apparently was in 1994. As anybody can observe, Bogotá's trash troubles haven't changed.


According to the website Laotracara.com, Cartagueña de Aseo is owned by Óscar Salazar Franco, the same man who sold Bogotá 60 used garbage trucks imported from the U.S., only 13 of which were usable. Also according to Laotracara, in 2004 Salazar Franco was involved in a corruption scandal in the city on Neiva, in which he was sentenced to 54 months in prison for allegedly bribing officials to award his company a garbage collection contract.

The other 'temporary union' consists of Transporte Masivo en mi Bici SAS, Gestión y Consultoría Integral SAS, Inversiones y representaciones Vásquez and PBSC Urban Solutions America Inc.My Google searches did not produce any record of any of those companies having done anything. However, Laotracara that Urban Solutions is associated with companies which operate public bike programs in the United States, Canada and Britain.

One would think that the Urban Solutions group would be the clear favorite. However, Laotracara reports that Salazar Franco's bidding group offered the city a much larger - and apparently unrealistic - percentage of their projected revenues.

Of course, there are many reasons to question the success of a public bikes program here, including crime, air pollution, rain and vehicular chaos, which will frighten away many potential users. But if it works in cities like Santiago, Mexico City and Medellin, then why not here?

Bogotá leaders have for years talked about creating a public bikes program. But the idea has stayed in park, while other regional cities, including Santiago, Chile; Buenos Aires, Argentina; Mexico City; and even Medellin have created them. Around the year 2000, Bogotá was seen as a leader in urban cycling in the developing world, but has since fallen behind. A successful public bikes program would be a big boost for the city's cycling and its quality of life generally. But this contracting process appears to be steering toward disaster.

If that happens, it'll be a big black eye for Bogotá and cycling here in general. 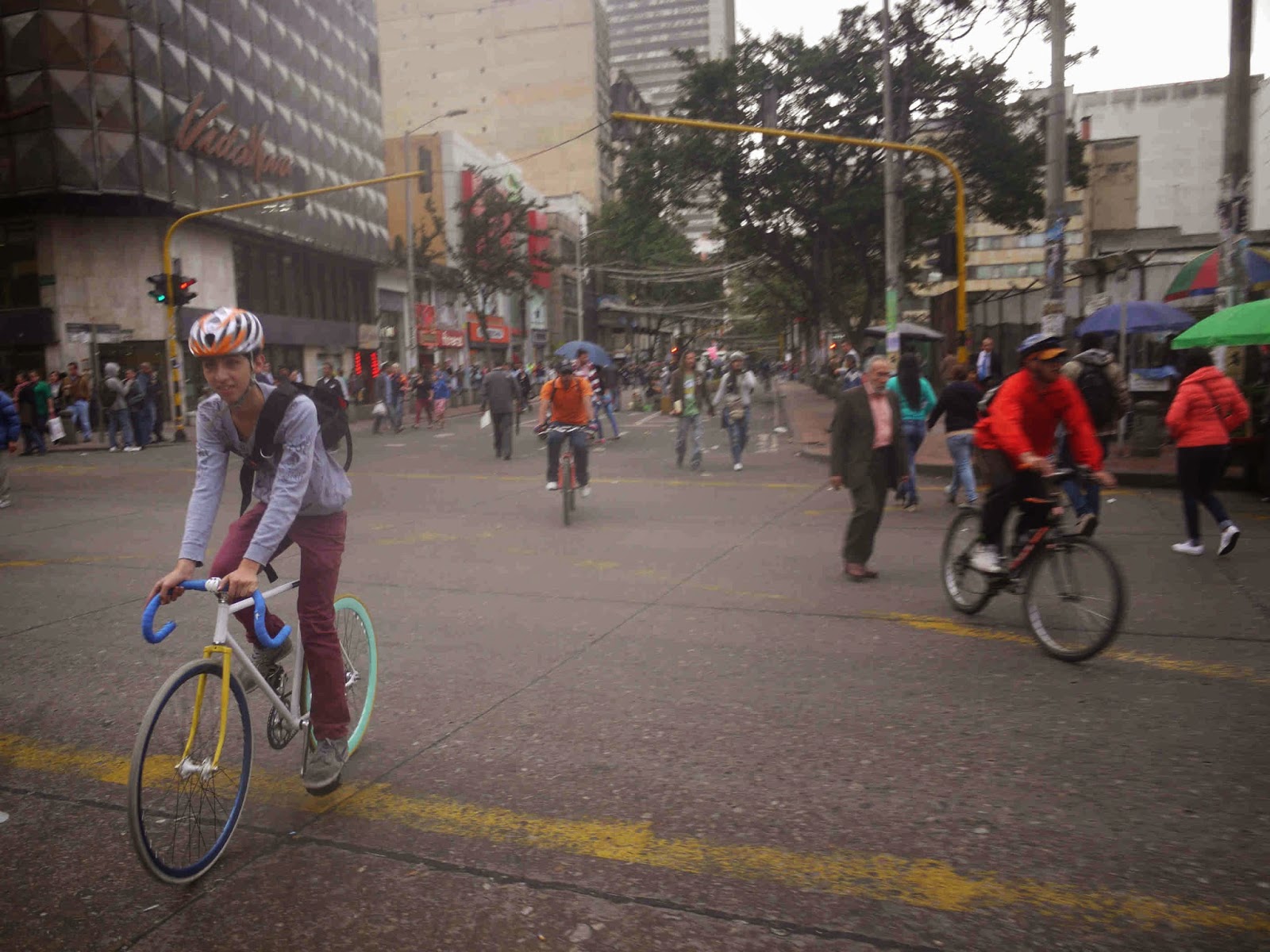