For the first time in memory, the city arranged bicycle parking at a major event - the annual, free Rock al Parque concert happening this weekend in Simon Bolivar Park. So, why is this not routine? 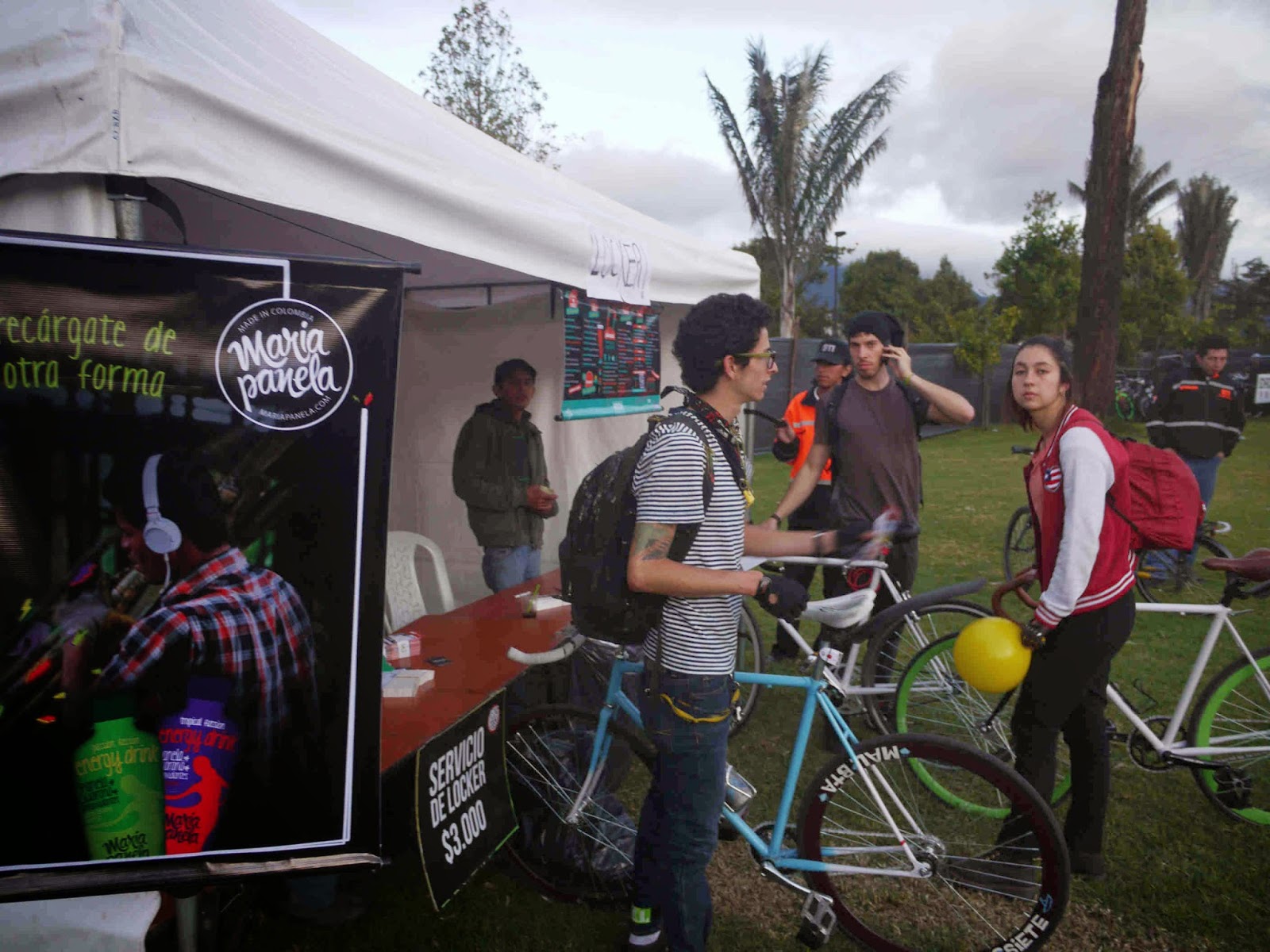 They created parking and bicyclists came. When I visited around 6 p.m. Sunday afternoon some 500 bikes had arrived, and more kept rolling in. Cyclists paid a 3,000 pesos fee (about U.S. $1.50) and received a numbered receipt. The cyclist got a paper slip carrying the same number. The bikes were locked with a cable - but owners also had to affix their own locks. No lock, no bike parking, the attendants told me.
The system's complex, but perhaps practical. A few lost bikes and the whole system would likely be trashed. 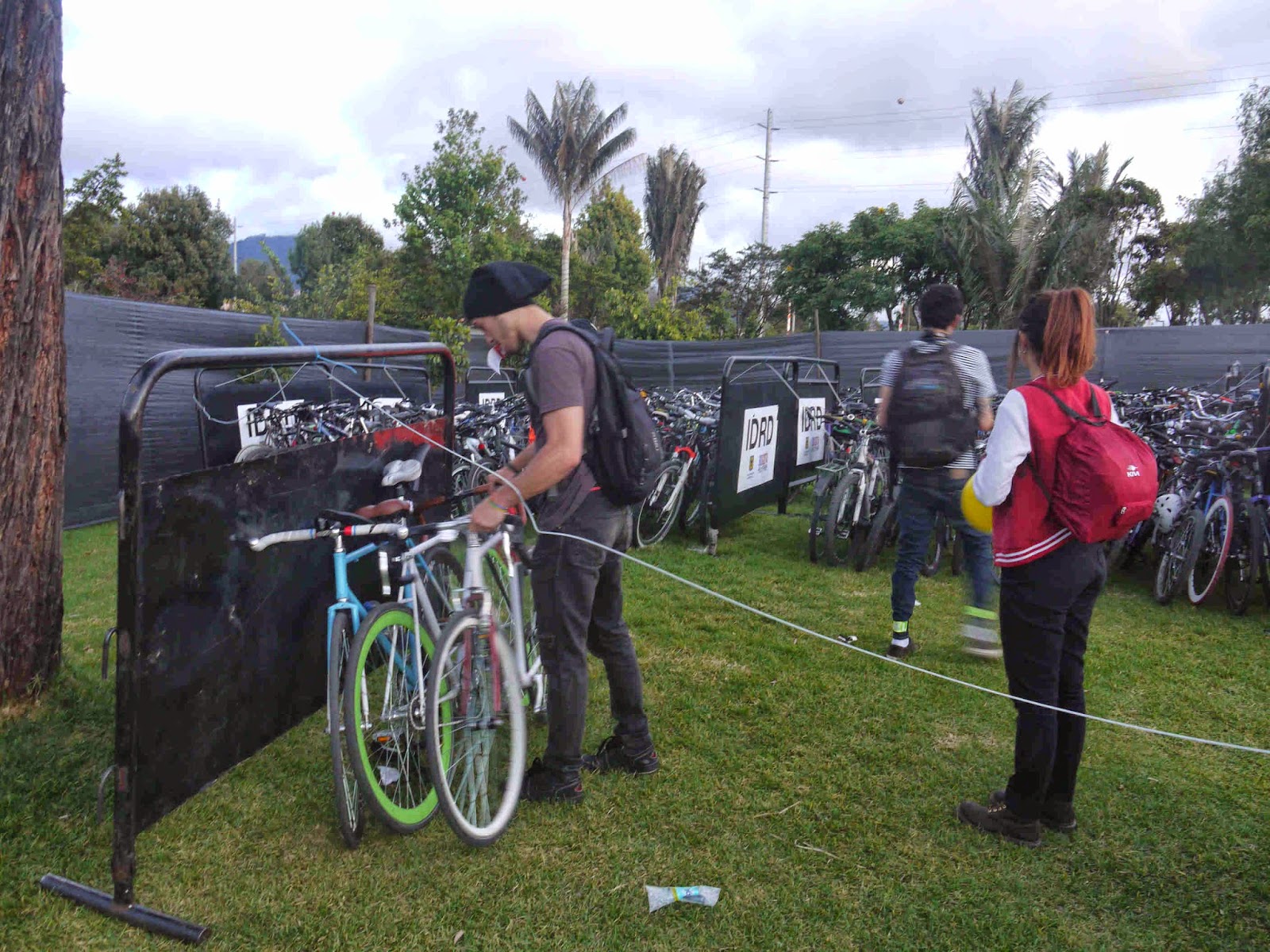 city money - years ago? For that matter, why doesn't the city really require bike parking at important destinations, such as supermarkets and public offices and more than a few TransMilenio stations? (Rather, there seems to exist a paranoia about bikes. The other day, I locked my bike on a sidewalk beside a private university in La Candelaria. When I returned some 20 minutes later, several security guards were waiting, up in arms. What's the meaning of this? they asked. After all, my bike might be carrying a bomb. I pointed out that the cars I often see parked beside the school could contain much, much larger bombs.)

So, it's a good thing...but it could be better. In the first place, the fee of 3,000 pesos seems excessive, especially when the city wants to promote cycling. The adjoining car parking lot charges flat fees of 7,500 pesos for cars and 5,000 for motorcycles (it doesn't accept bikes). Considering the tiny space a bicycle occupies, besides cycling's benefits, makes the bike fee seem disproportionate.

The 3,000 pesos is about the cost of two bus rides. If the city wants to shift Bogotanos to clean, healthy transport, it should give people an economic incentive to pedal. But thanks to Bogotá's neoliberal mindset - even with an ex-guerrilla in command - even programs benefiting health and the environment are supposed to generate profits (even while cars often receive free parking and subsidized fuels).

For that matter, why doesn't the park's car parking lot have a bike rack - as required by law?

I was also surprised by the highly processed, plastic-wrapped cakes that were given to cyclists. Why not give out instead apples or bananas or something else that's healthy?

Flipping and Flying for Cycling 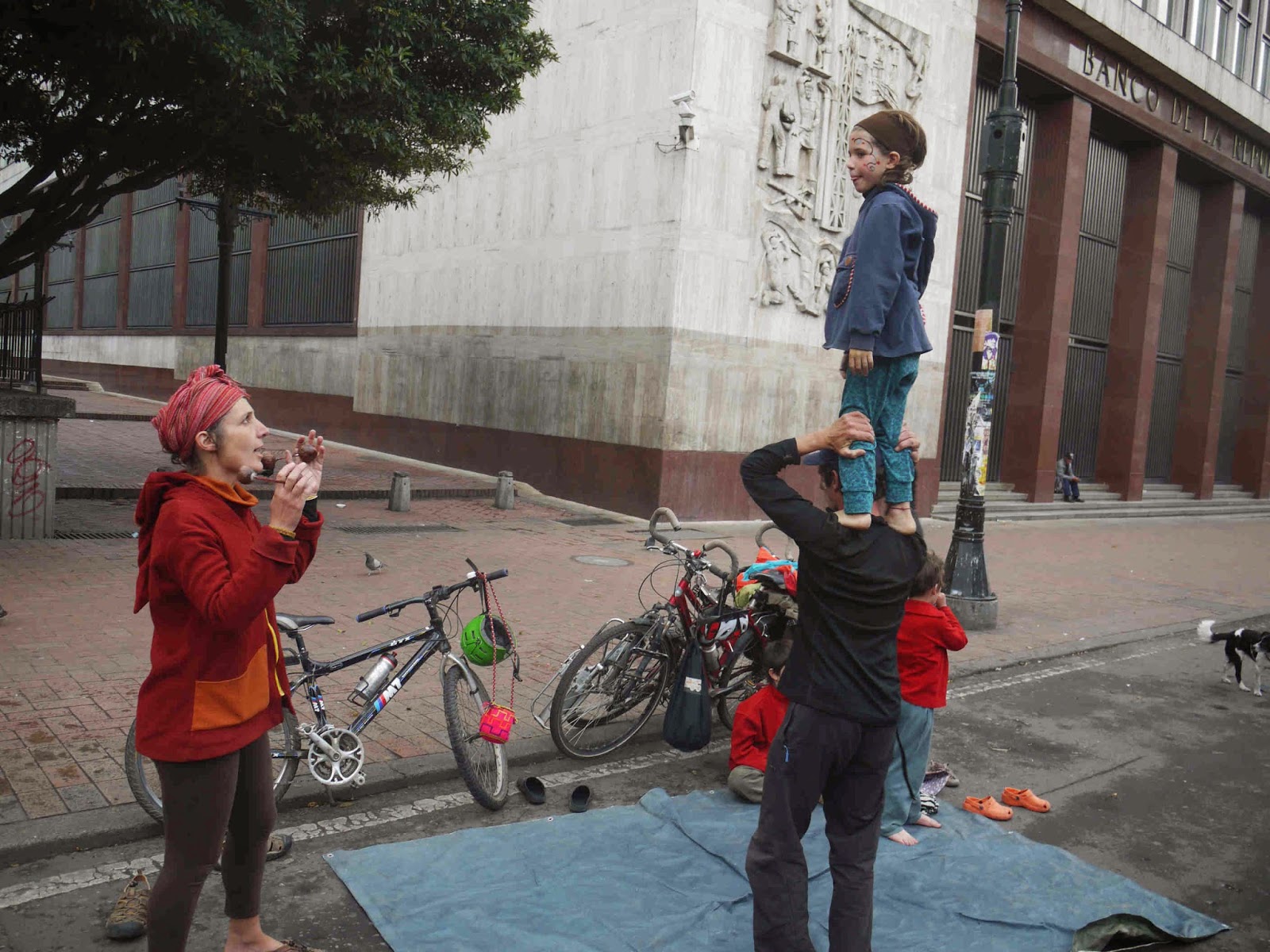 This five-member French family bicycled from Bolivia to Colombia and have been earning a bit of money by performing acrobatics on Ave. Septima. 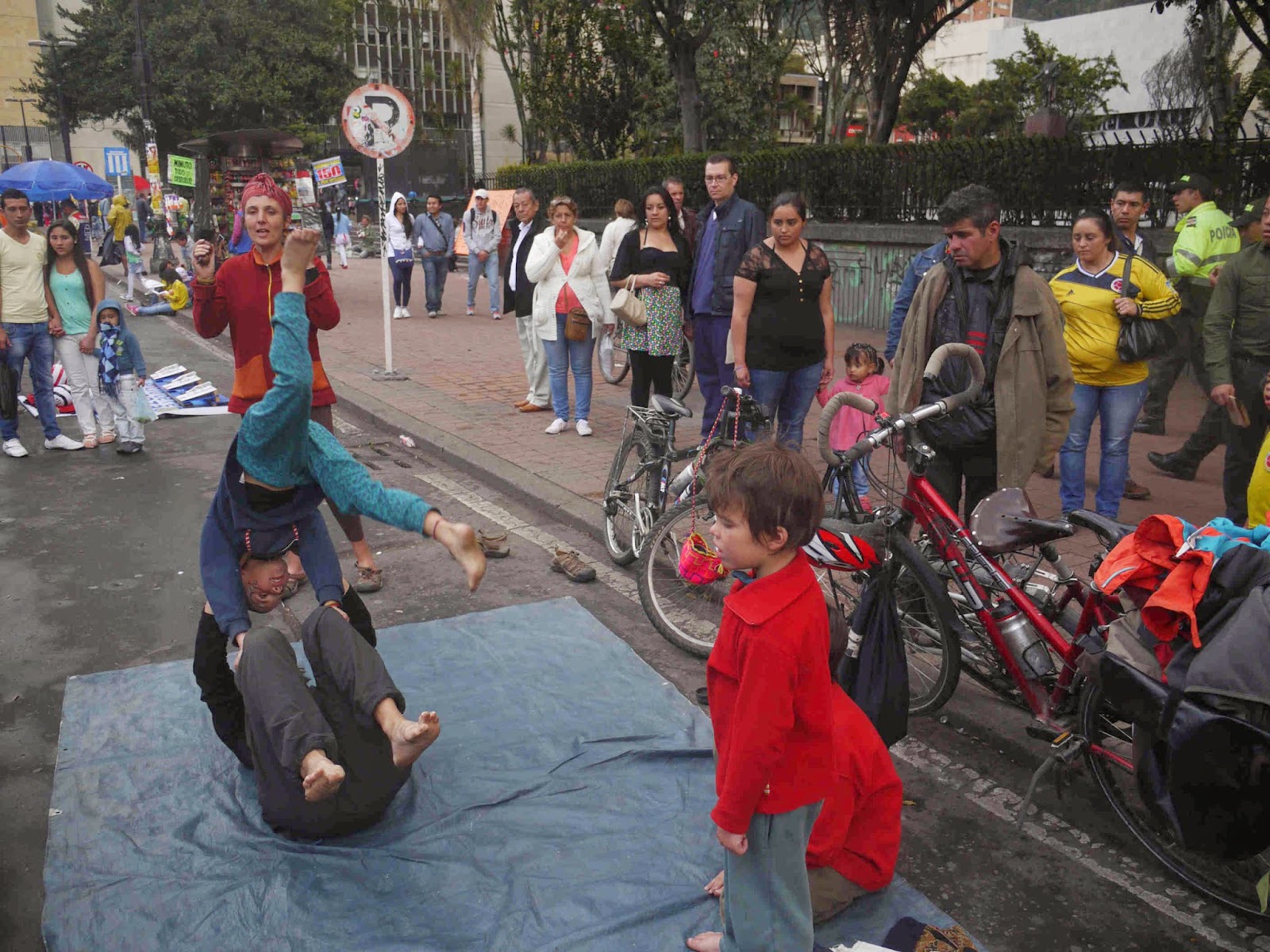 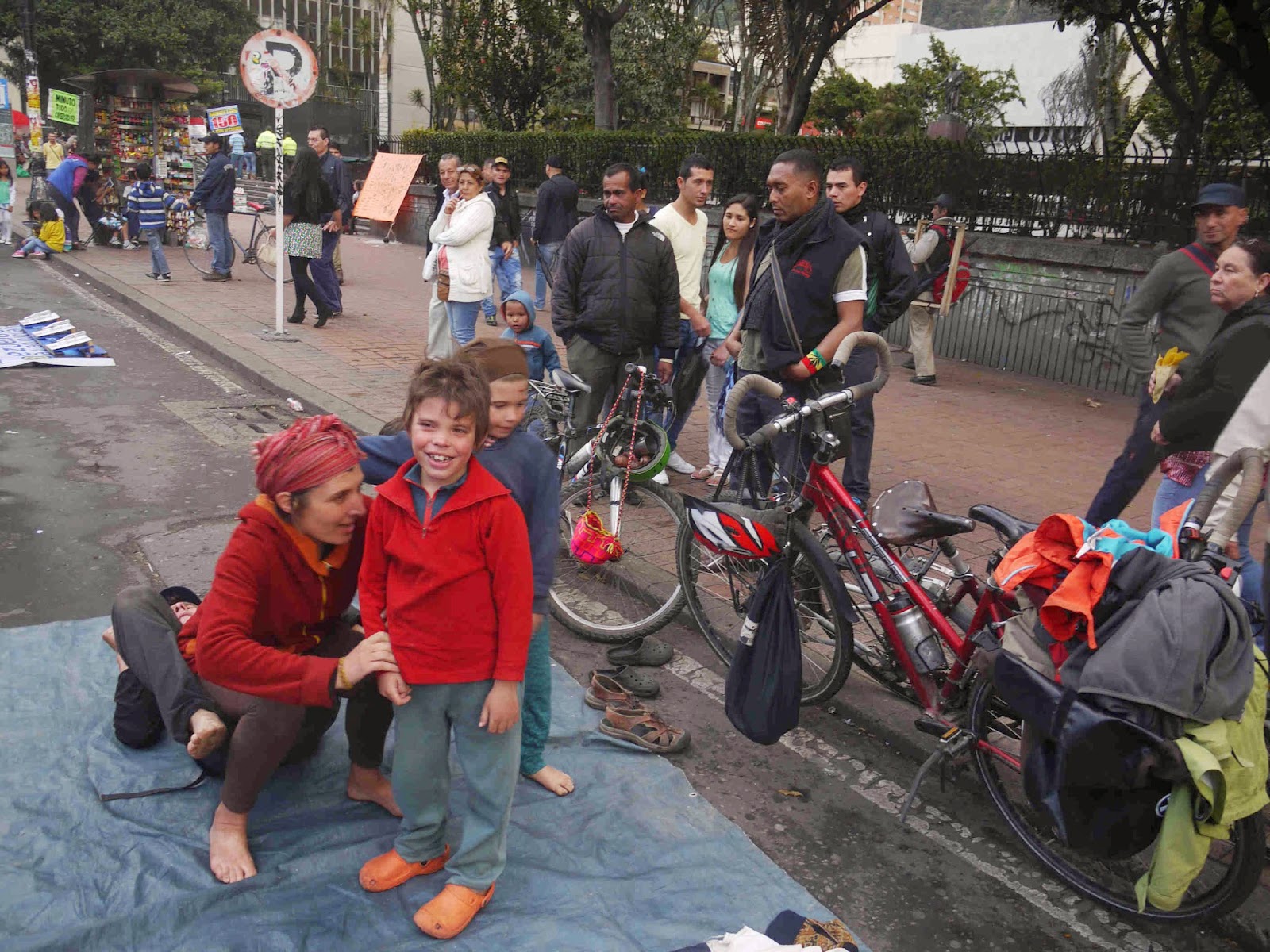 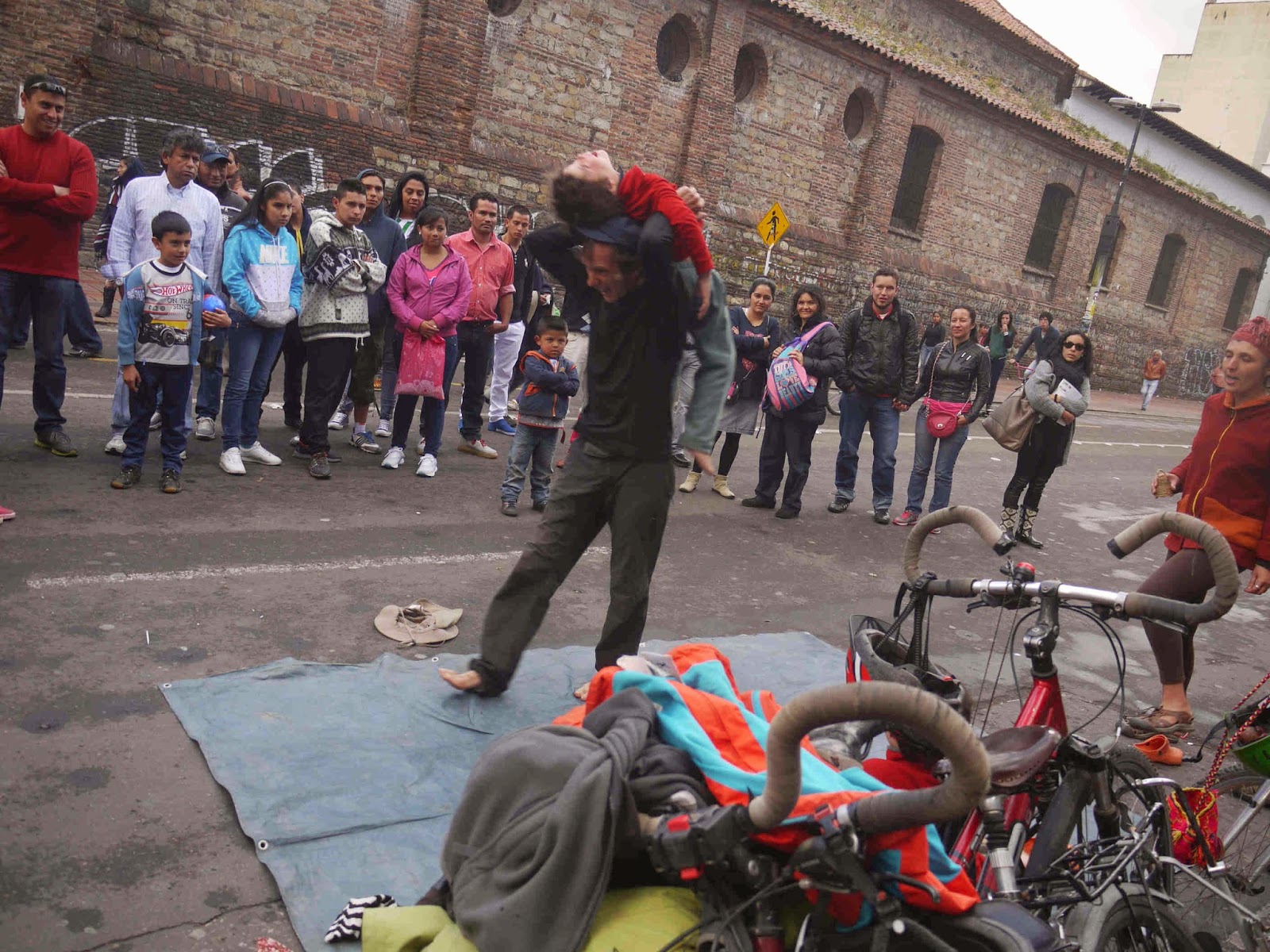 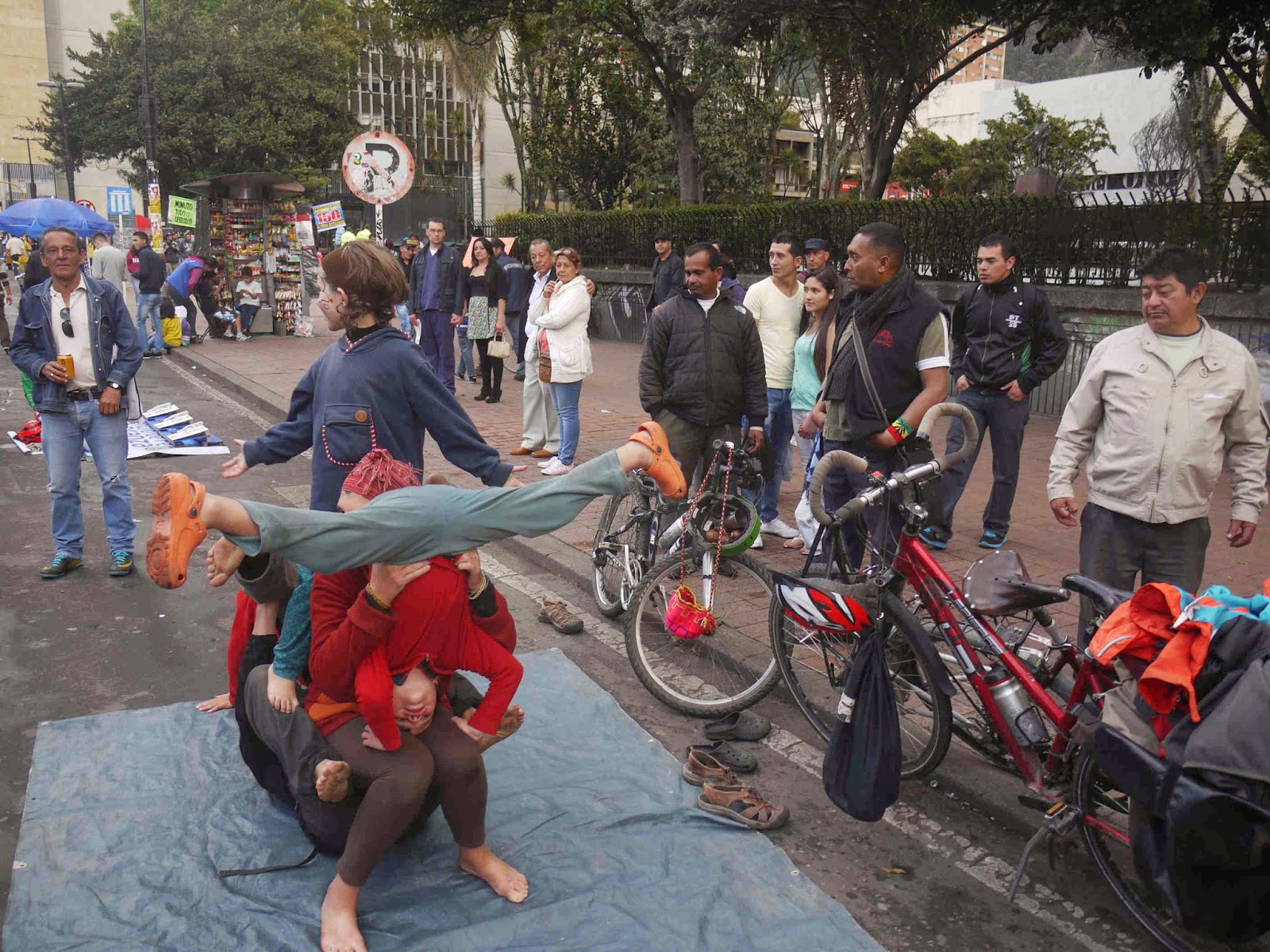 Who's a Bike Lane For? 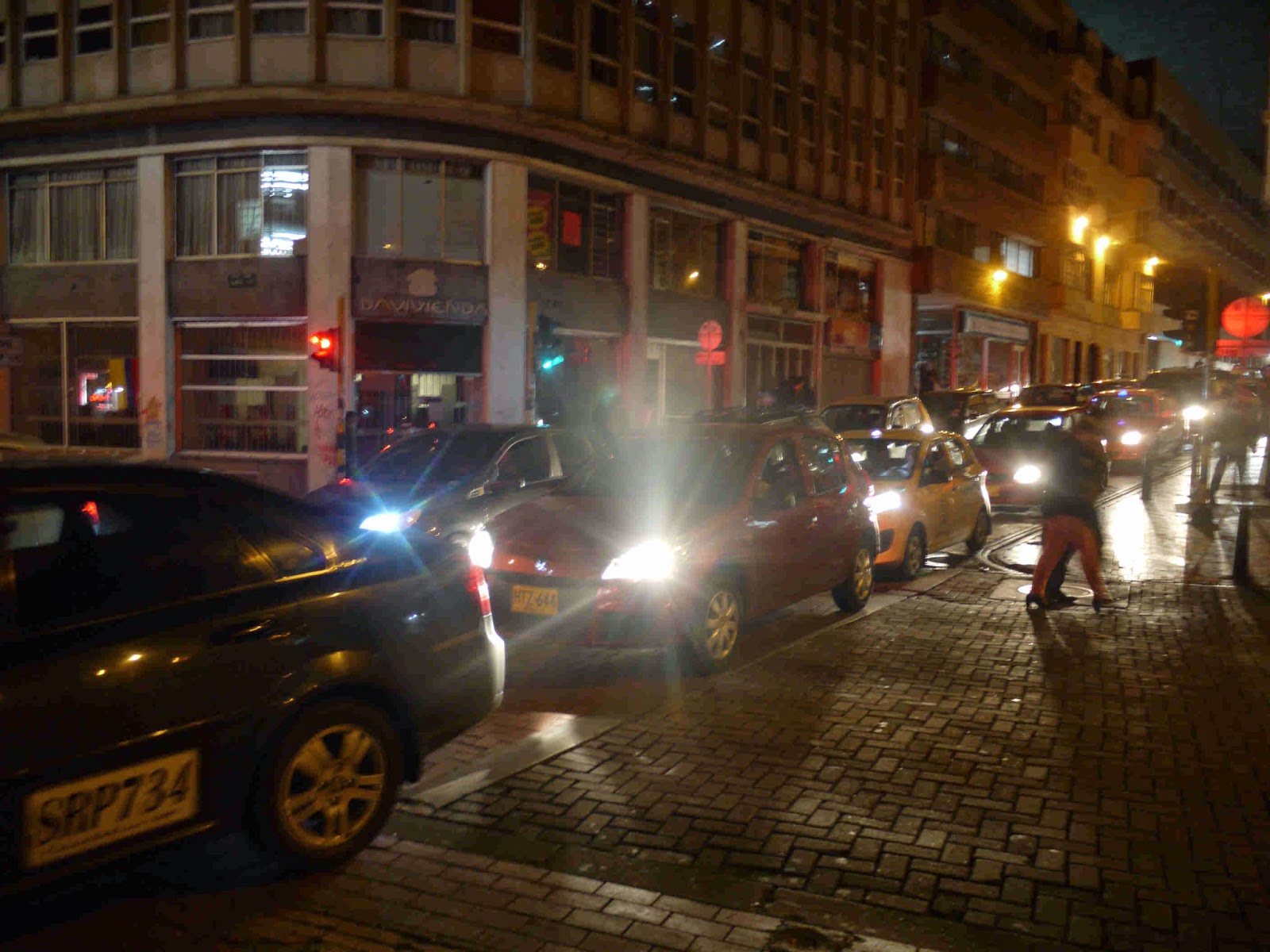 Last night, cars created - and trapped themselves - in this traffic jam in La Candelaria. 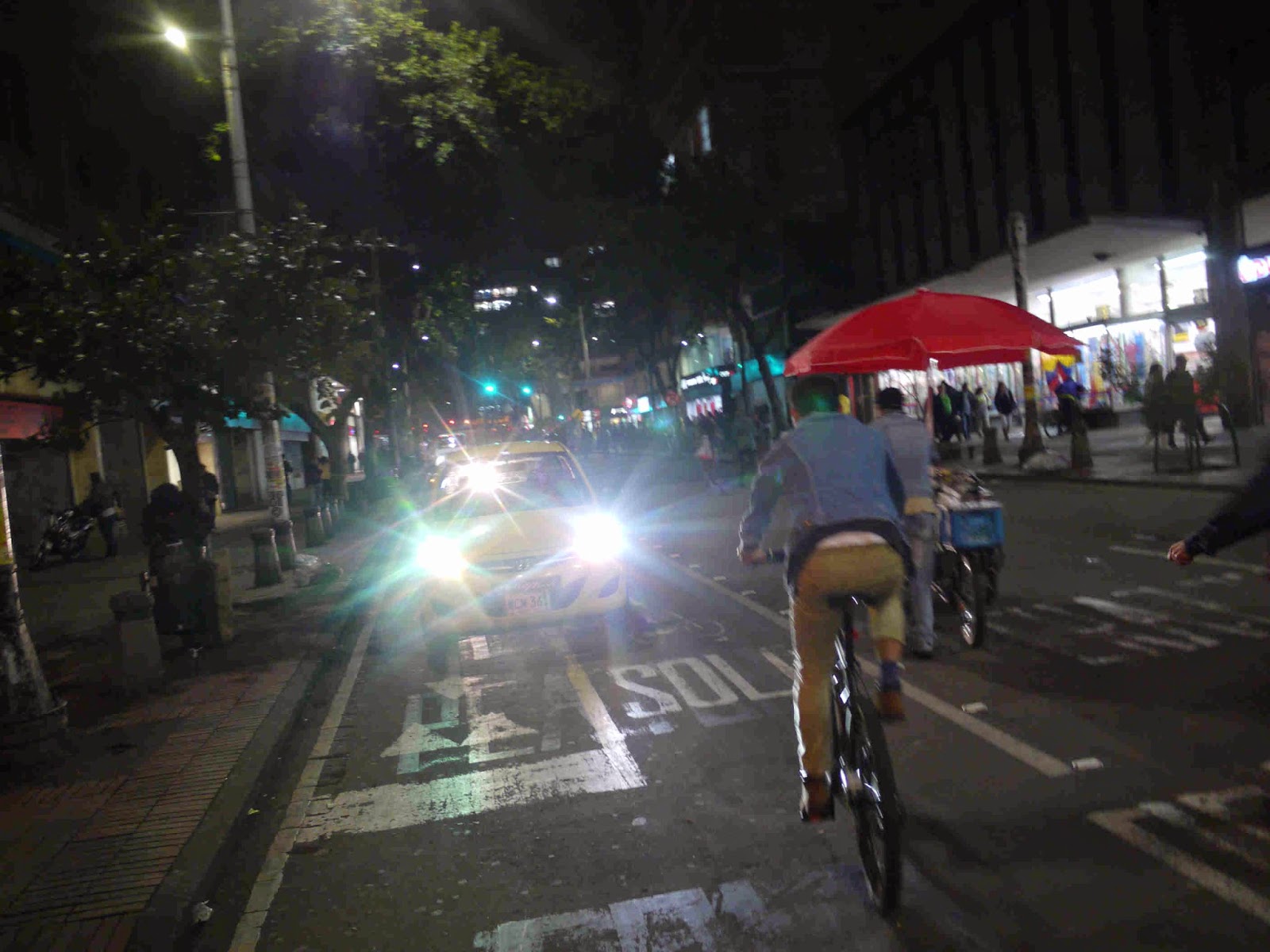 Happily for them, however, the nearby bicycle lane provided a convenient detour.


And why shouldn't they? After all, just about everybody, including motorcycles, delivery carts, street vendors, and, of course, pedestrians, use Bogotá's 'bike' lanes.