A Ciclovia We Don't Need

Some say that Bogotá's Sunday/holiday Ciclovia is the city's 'beach', with its more than 100 kms of car-free streets. But today it seemed that most bogotanos were at Colombia's real beaches (or at home sleeping off last night's partying). La Ciclovia, which often hosts between one and two million bicyclists, walkers, joggers and skaters, instead looked rather barren.

Does it really make sense to mobilize and pay the small army of police and Ciclovia monitors - who undoubtely would rather be with their families or still in bed -  for the few who venture out on Christmas or New Year's Day? Couldn't the money do more for cycling spent a different way?

This is particularly true on a day when motorized traffic is extremely light, anyway, making closing roads to cars almost pointless. 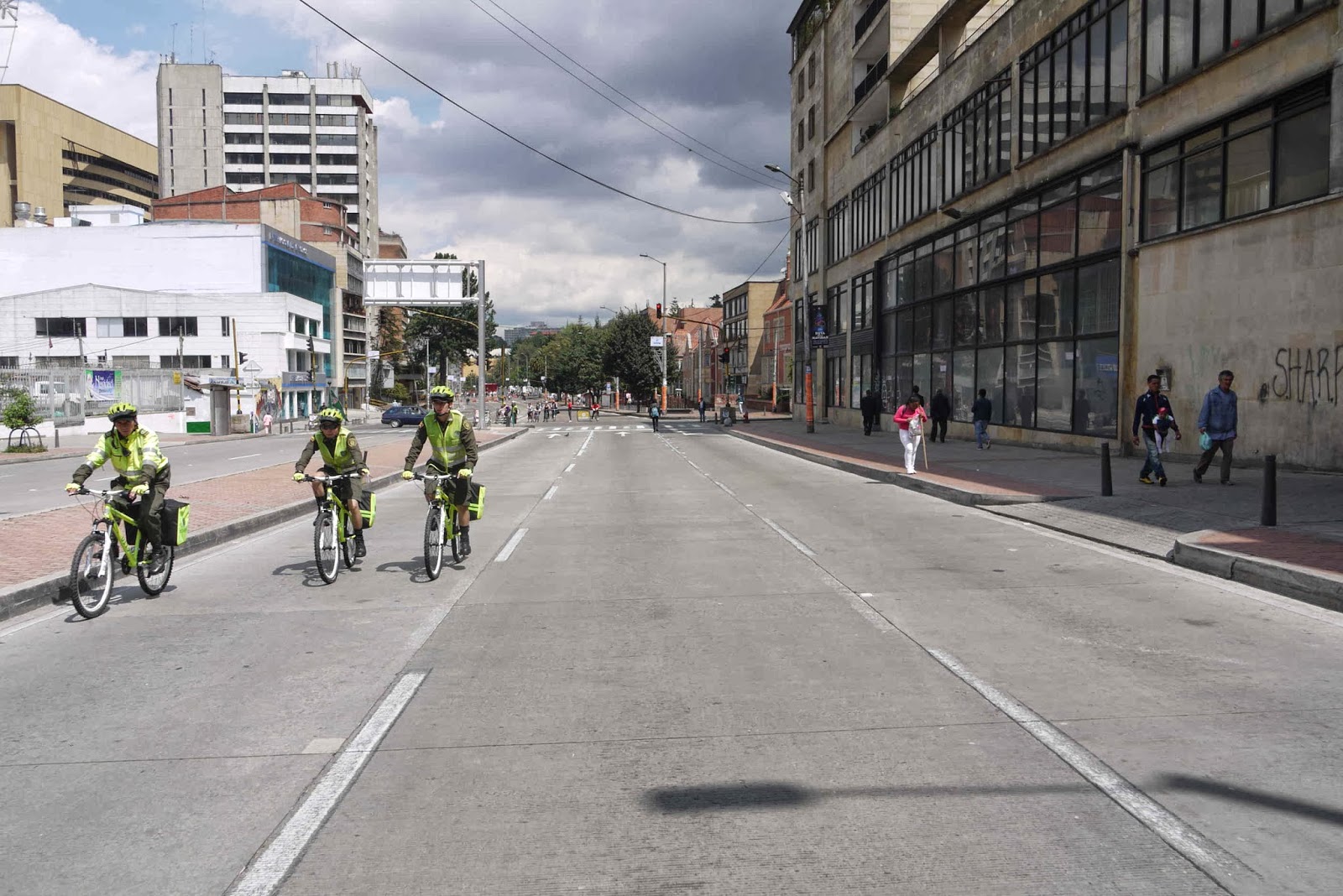 Now It's Official: A Bicycle With a Motor is a Motorcycle

They have motors, make lots of noise, and can belch out more pollution than a car.

So, how can they be bicycles?

Perversely, because motor vehicle laws cover only vehicles with motors larger than 50 cubic centimeters, the bicycles equipped with motors now proliferating in Bogotá qualify as 'bicycles' in some situations - or, at least, that's what their owners claims.

But a recent opinion by Bogotá's Director of Legal Issues Gloria Inés Bohorquez put the lie to that, at least as far as bike lanes go.

In her analysis, Bohorquez made the sensible conclusion that bike lanes are exclusively for bicycles, which are defined as two-wheeled vehicles propelled by their riders.

In any case, you don't need a rocket scientist to figure out that a bicycle with a motor is a motorcycle.

Yet, for some reason, the thinking persists that, because - absurdly - they don't qualify as motor vehicles, the ciclomotores can still be bicycles, and I see them used frequently on Ciclorutas, the city's bike lanes.

Take this article in today's El Tiempo, which quotes a Ministry of Transport definition of the bicycle
as a 'non-motorized vehicle with two or more wheels in line, which is propelled by the energy of its driver by way of pedals.' But, the article says, those motorized bicycles can't be classified as motor vehicles because, sometimes, they operate by their rider's energy.

Under such an absurd definition, every motorcycle qualifies as a bicycle because its owner could potentially get off and push it. Even a car isn't a motor vehicle under such thinking, because its passengers could climb out and push it forward.

In any case, I've almost never seen a rider actually pedal a motorized bicycle - which has a motor for a reason.

The flip side of this legal situation is that, because they supposedly qualify as bicycles, the ciclomotores aren''t covered by motor vehicle laws. They don't pay taxes, their drivers don't need licenses - even tho they can hit 40 kms per hour - and aren't subject to emissions laws, even tho their two-stroke engines can really belch out pollution.

According to this video the ciclomotores are to be banned by decree from the bike lanes and their users required to have licenses. Let us hope.

Should real bicyclists, who don't pollute, be subject to these noisy, dirty, dangerous machines exactly where cyclists are supposed to find refuge: in the city's bike lanes?