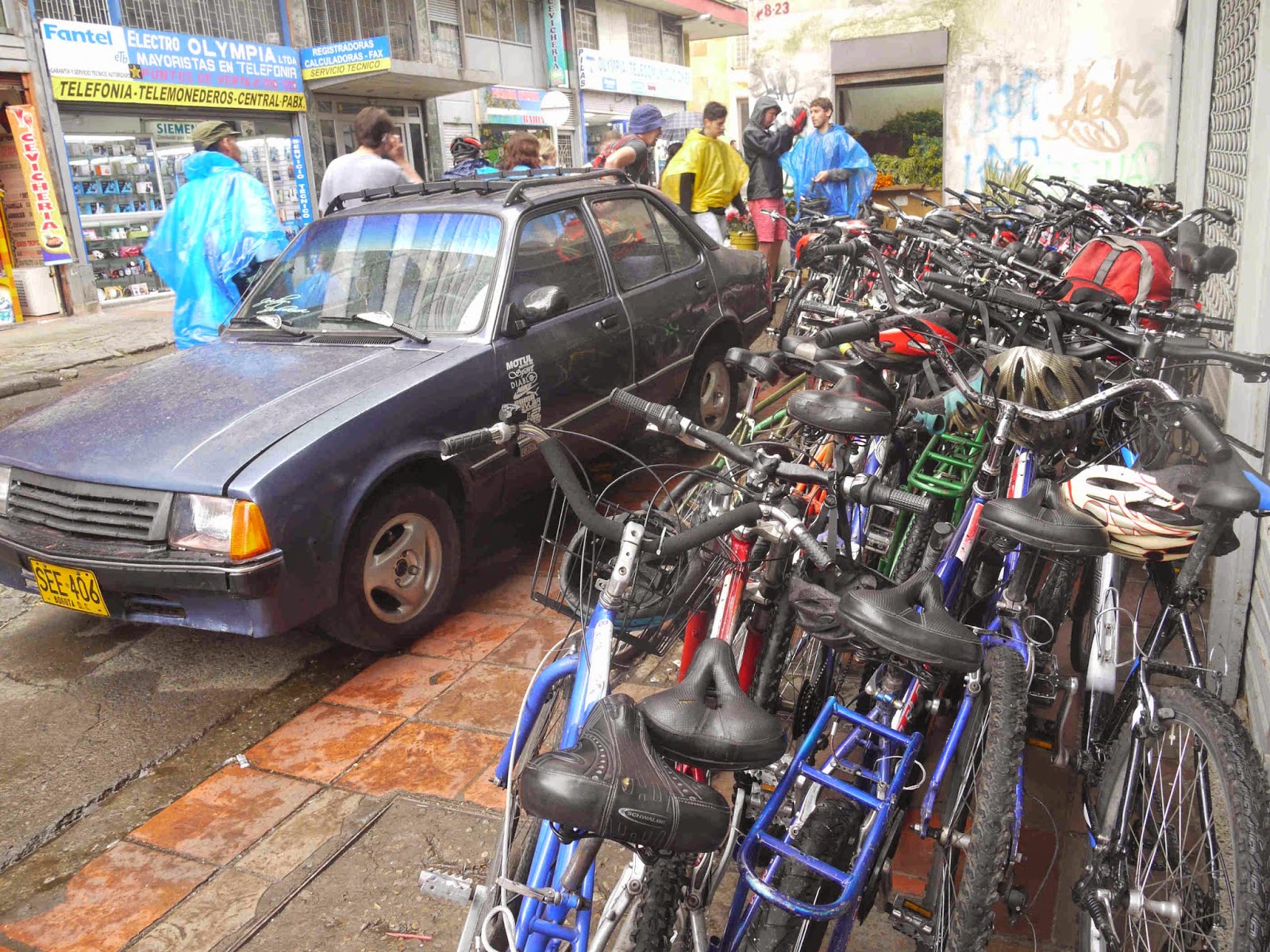 Here's a dramatic illustration of the huge difference in space occupied by parked bicycles and a single parked car - and not even a big car (parked illegally on a sidewalk).

It's perverse and destructive, then, that society invests so much in subsidizing car parking - but often doesn't let bikes park at all. A case in point were the recent stories in El Tiempo reporting that many apartment buildings don't allow residents to park their bicycles in their parking garages. Cars, including old ones, apparently give a building status, whereas a bicycle by definition hurts a building's image.

The building owners would do better by encouraging residents to trade their cars for bicycles, thus saving space, cleaning the air and improving residents' health. The same is true for all the businesses which scramble to offer free parking for drivers but shun cyclists.

Have those businesses thot about the huge costs of building and maintaining those parking garages? Has the city government reflected about how much better and more efficiently the city would function if it shifted its huge subsidies and other incentives for cars instead to more sustainable transit, like bicycles. 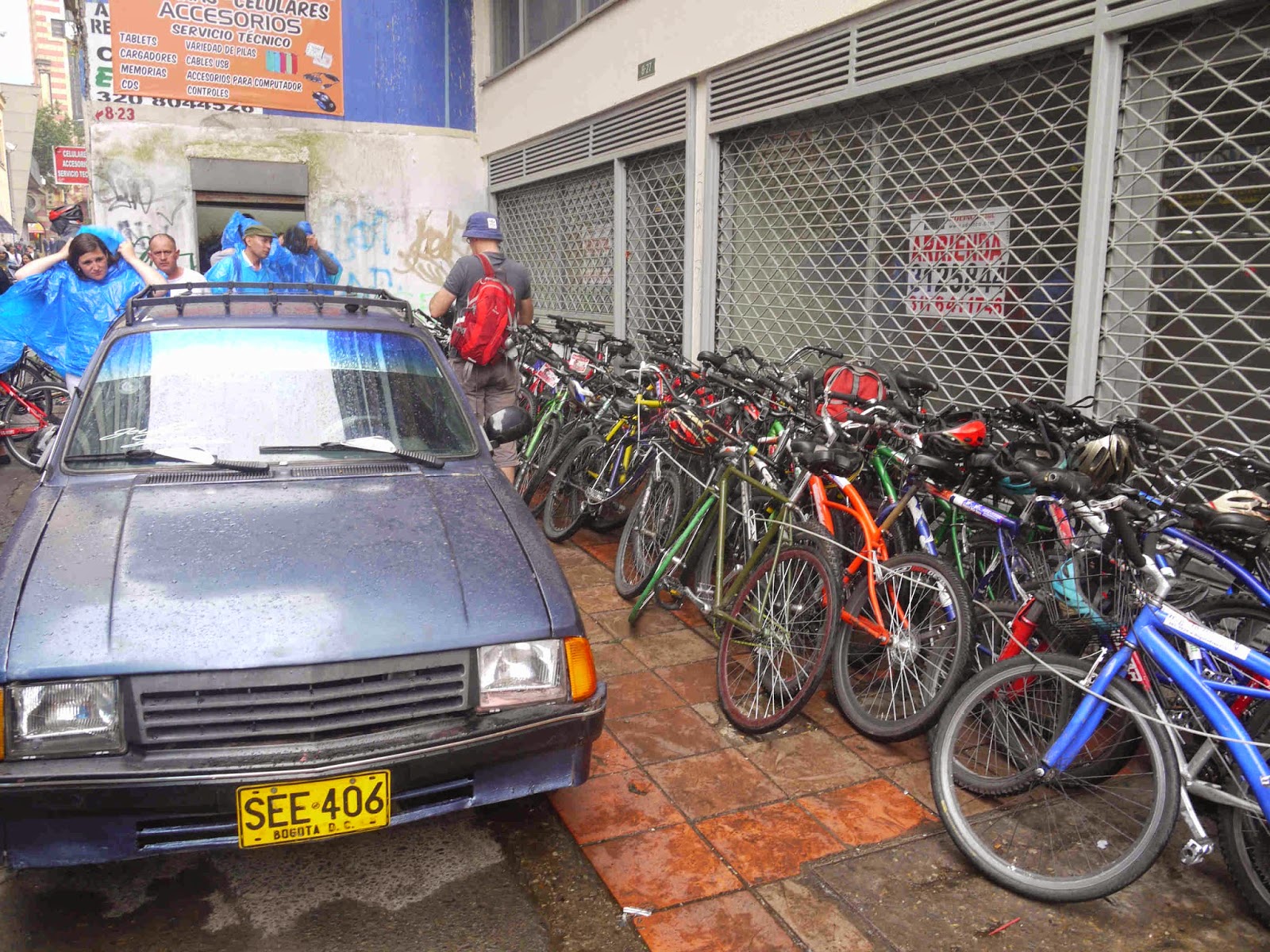 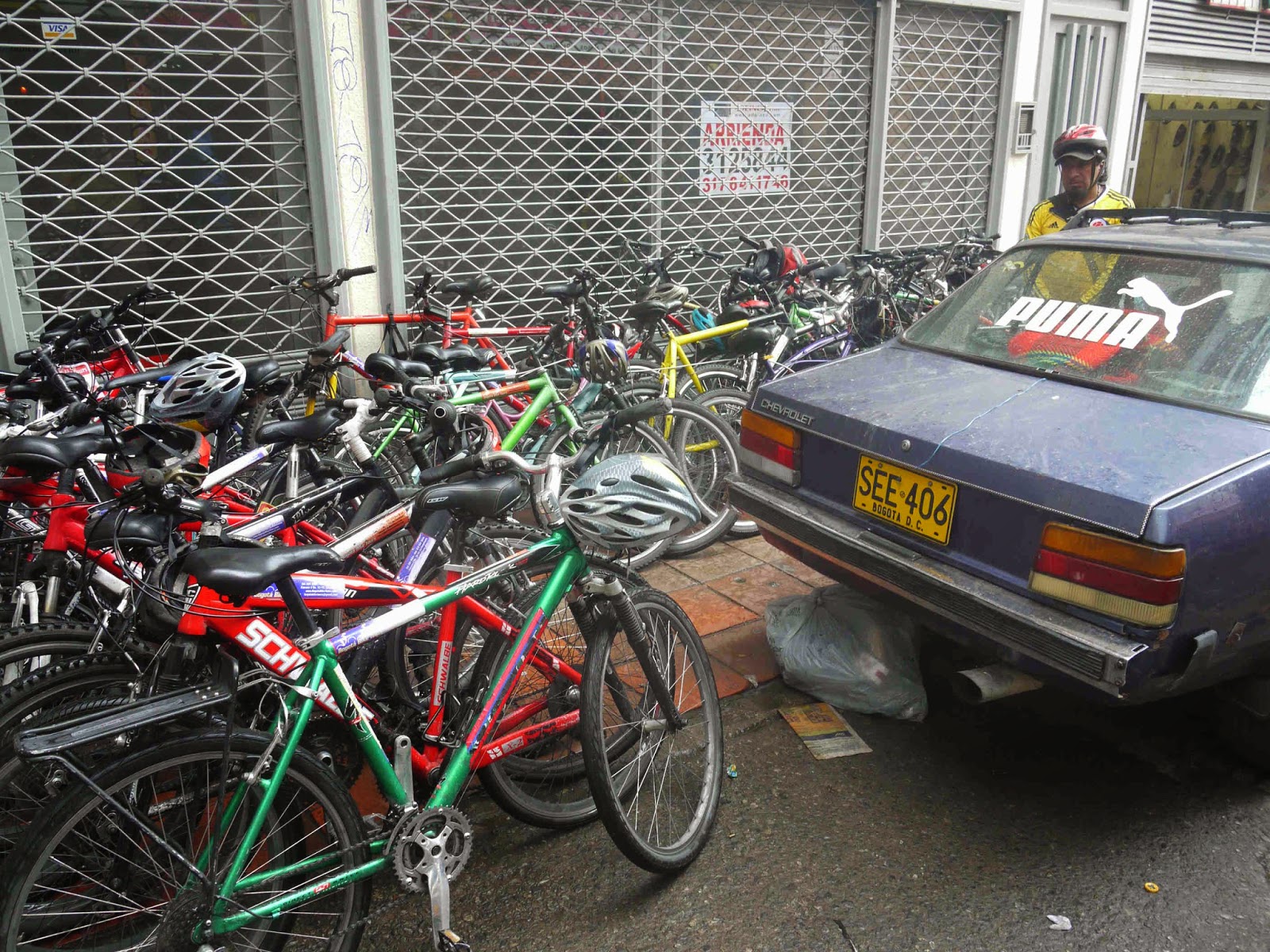