This afternoon, the city carried out the first of what are supposed to be many cultural/historical bike tours of the city center, this one focused on women. It's an example of ways that the administration of Mayor Gustavo Petro is trying to promote bicycling in innovative ways - albeit small ones. It's also a nice way to get more use out of the bikes the city is lending on weekdays along Ave. Septima.
But, unfortunately, the Petro administration has done little about the sort of urban troubles which make cycling unpleasant and dangerous, such as pollution and chronic traffic congestion. During the short tour thru La Candelaria, the group had to squeeze past sometimes aggressive cars on the always-congested Carrera 4. Later, we passed below the huge parking garage which the Externado University is building on Bogotá's Eastern Hills. Altho Petro has said many times that private car use should be restricted and clean transit encouraged, the city still approves projects like this monstrosity, which will only eliminate green space and compound traffic congestion and noise and air pollution in the city center.

The event was sponsored by the Instituto Distrital de Recreación y Deporte (IDRD) and the Secretaría de la Mujer. 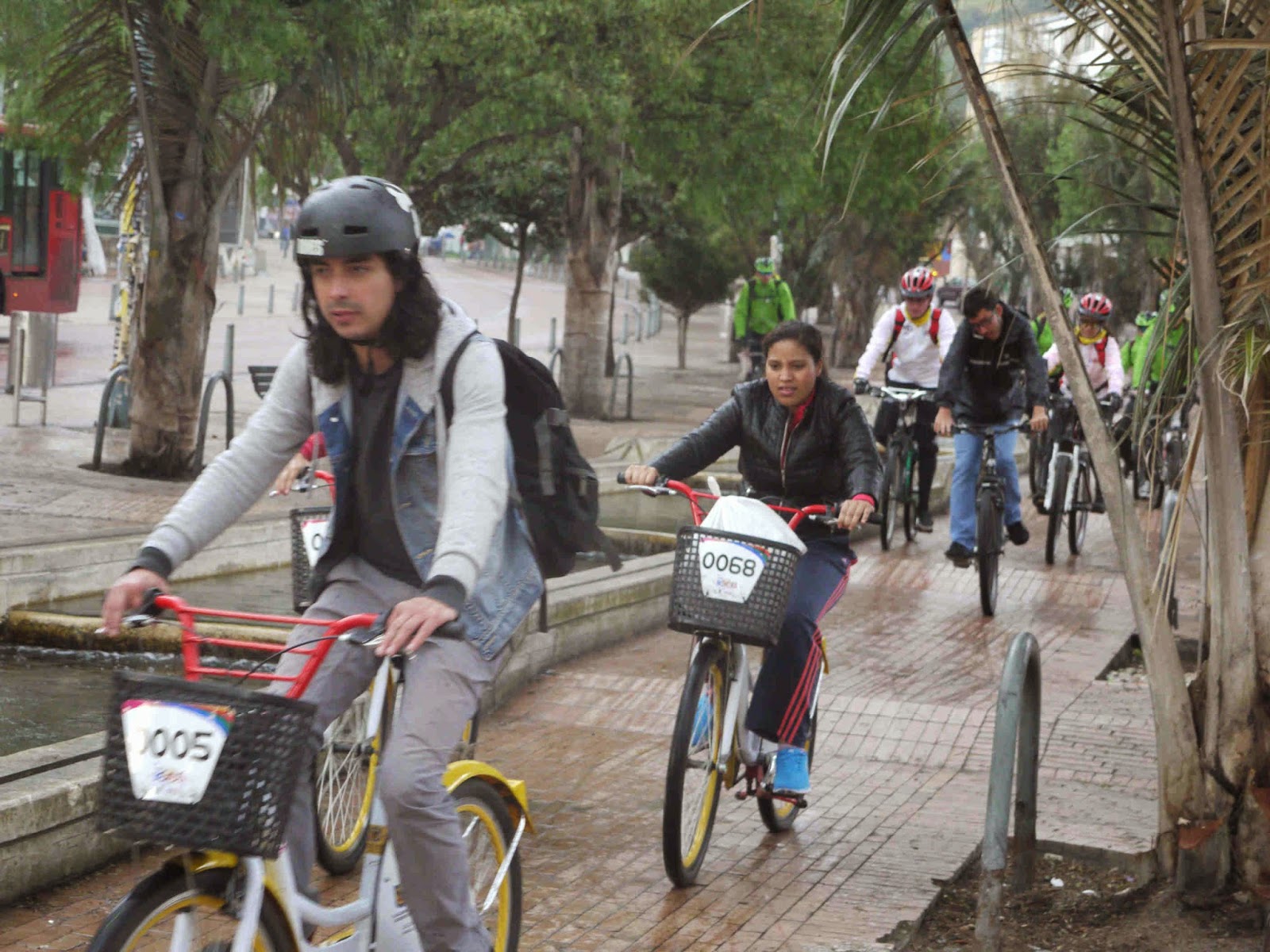 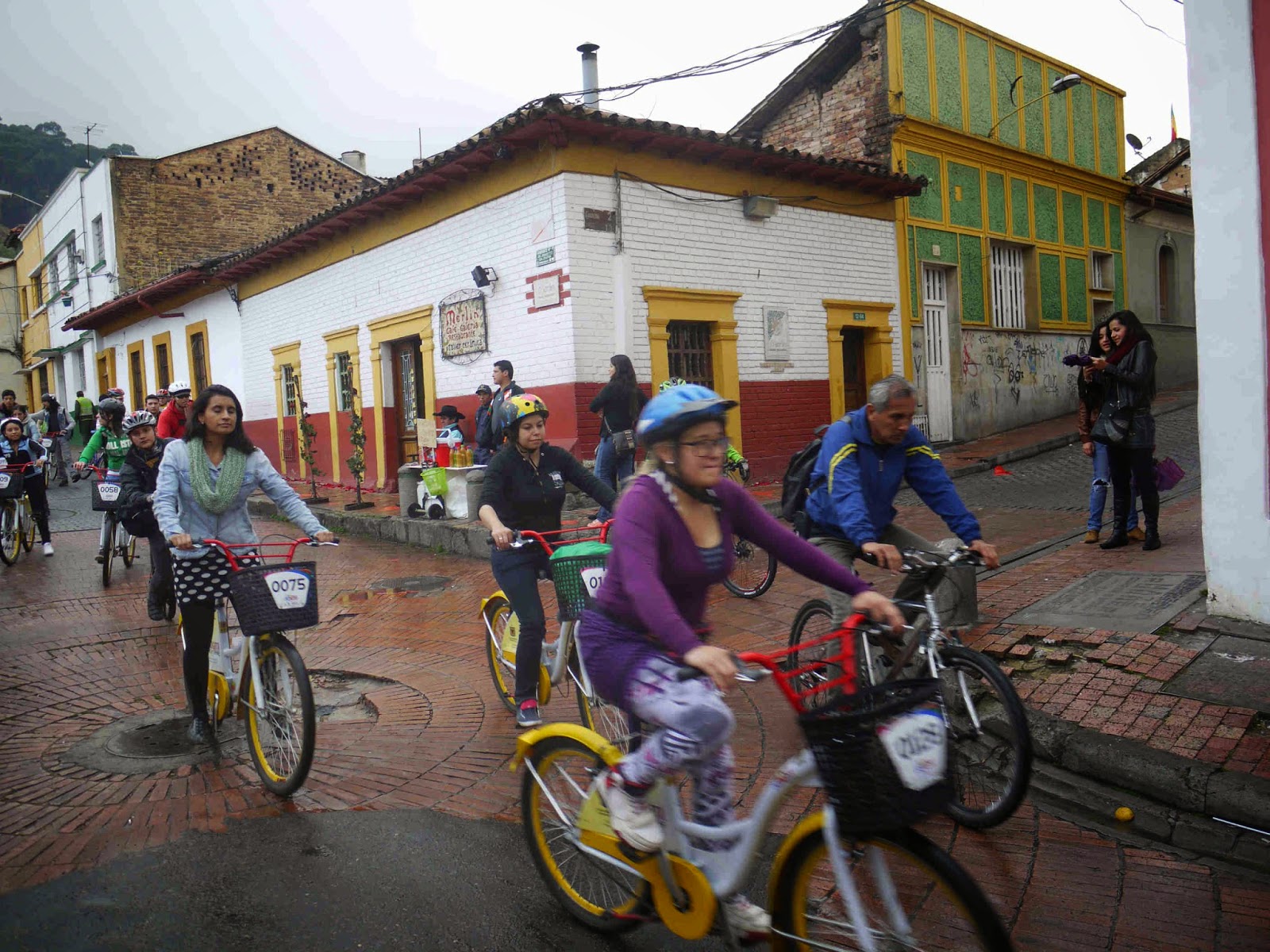 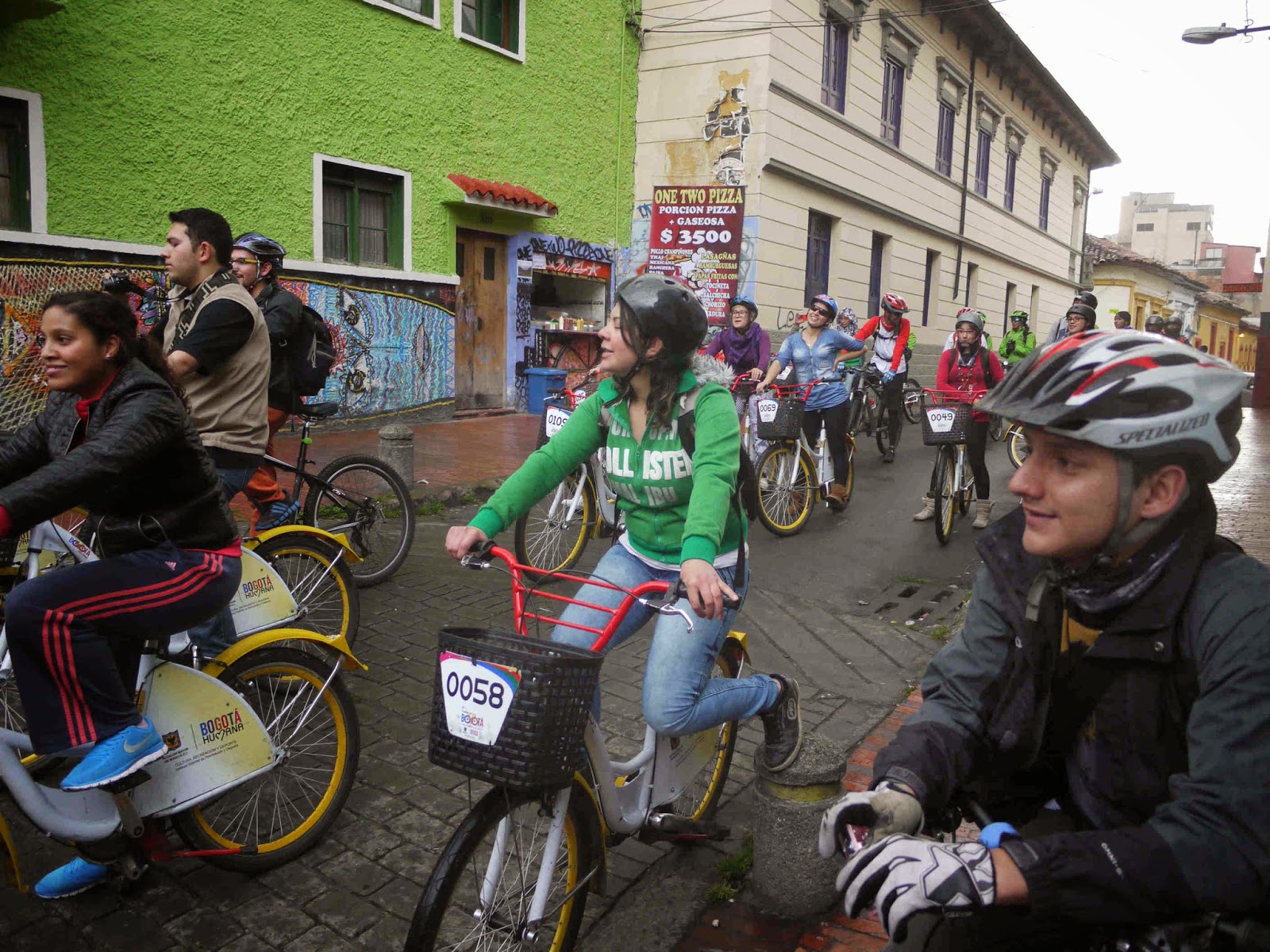 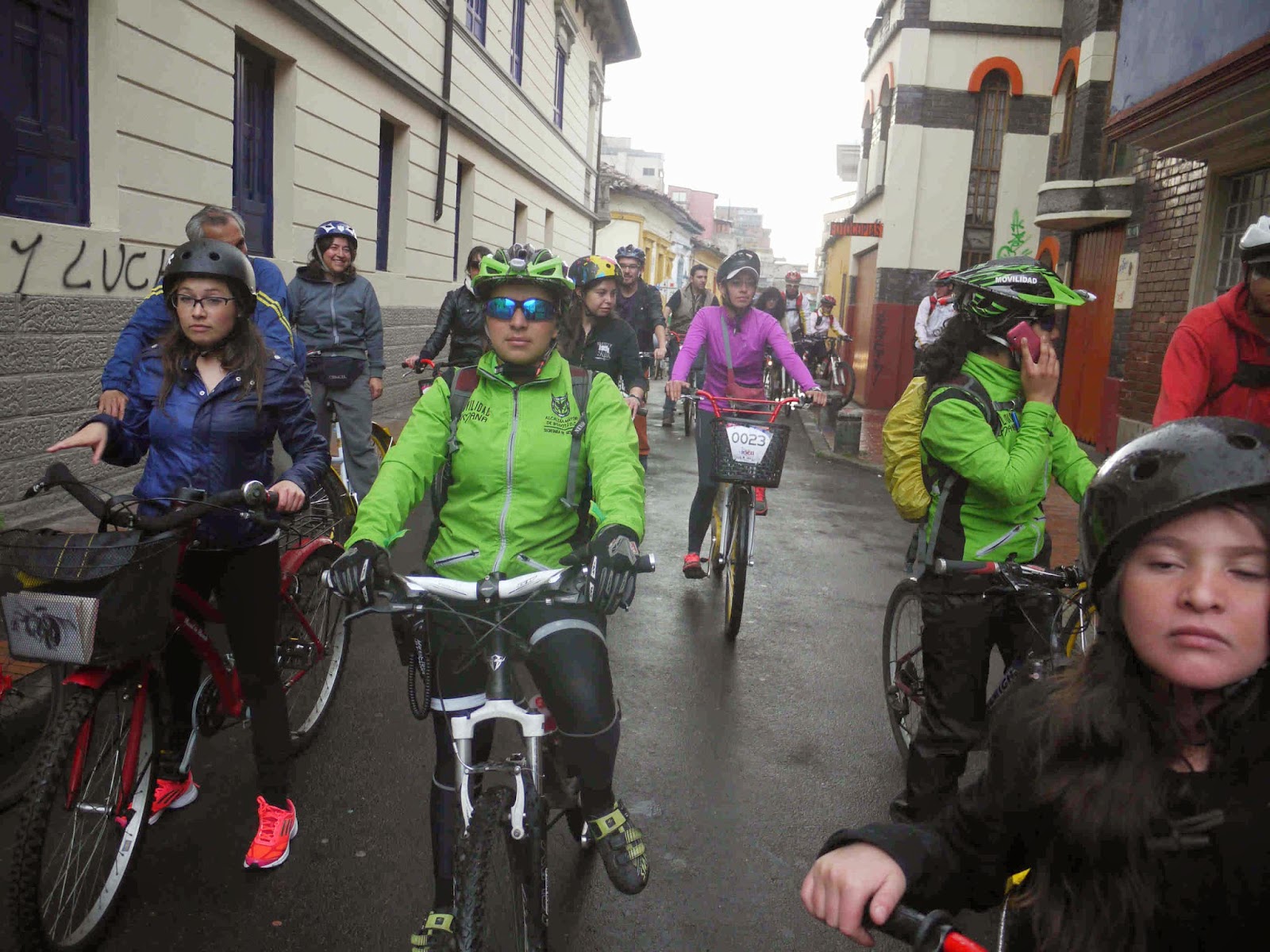 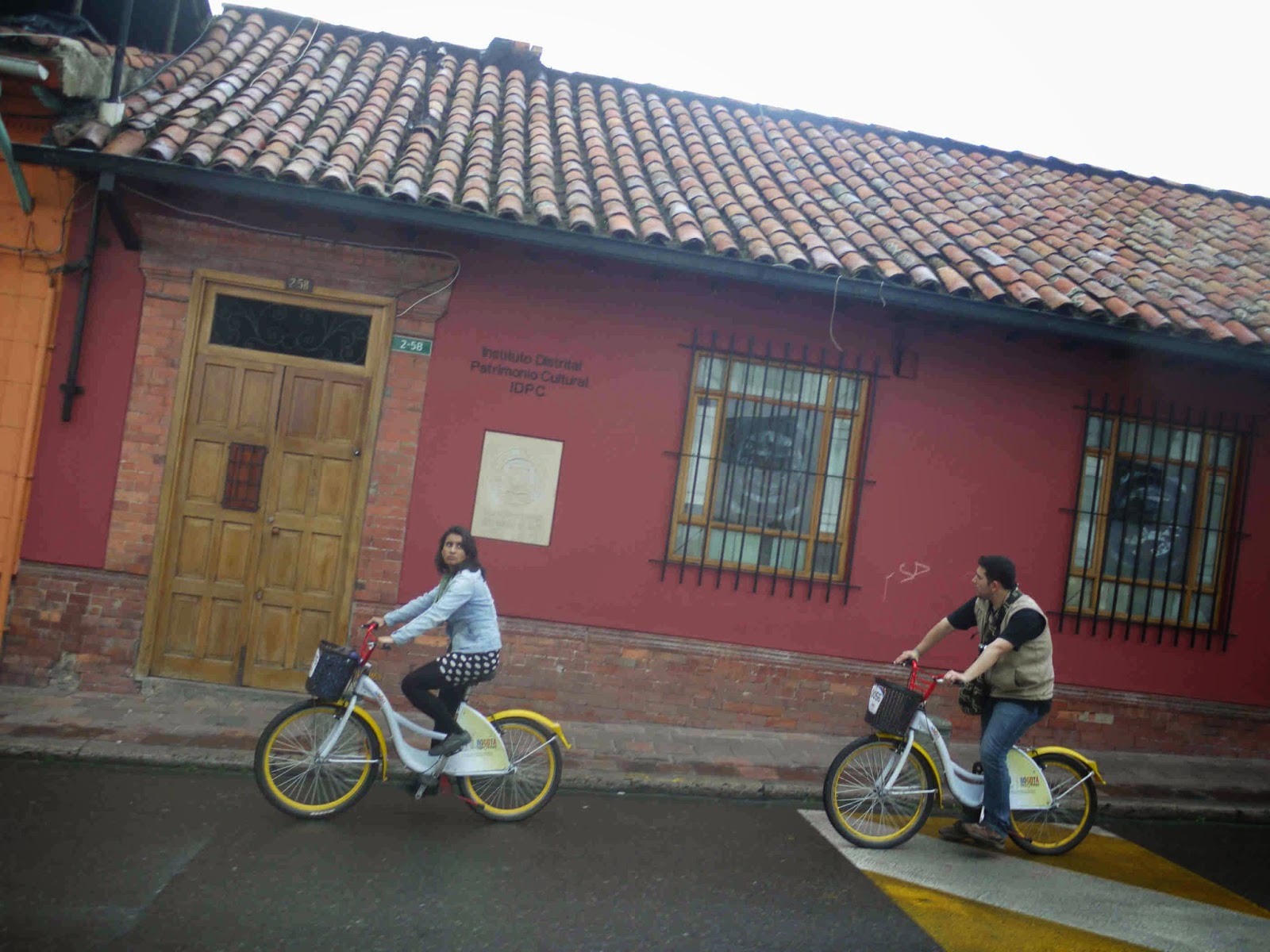 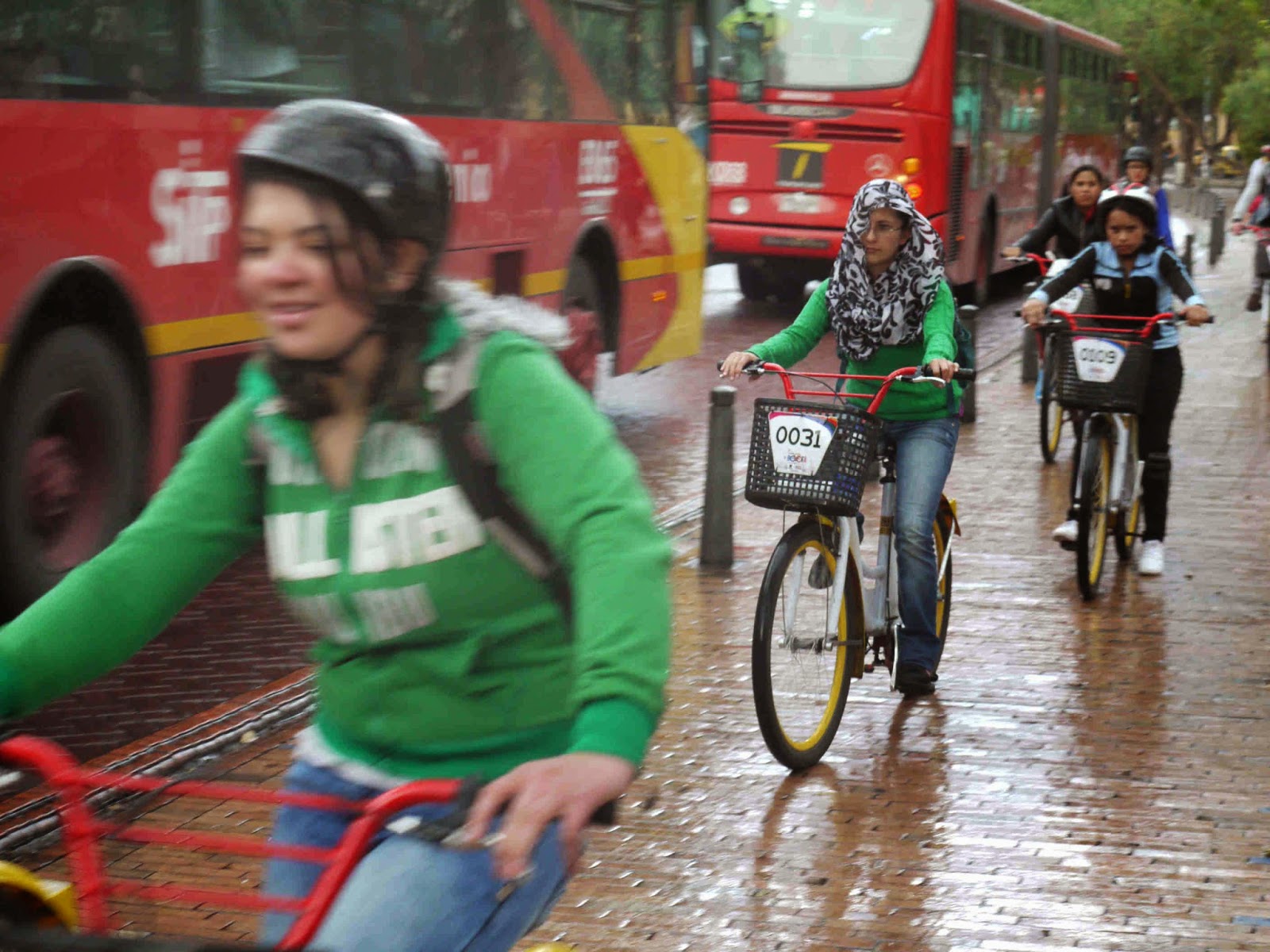 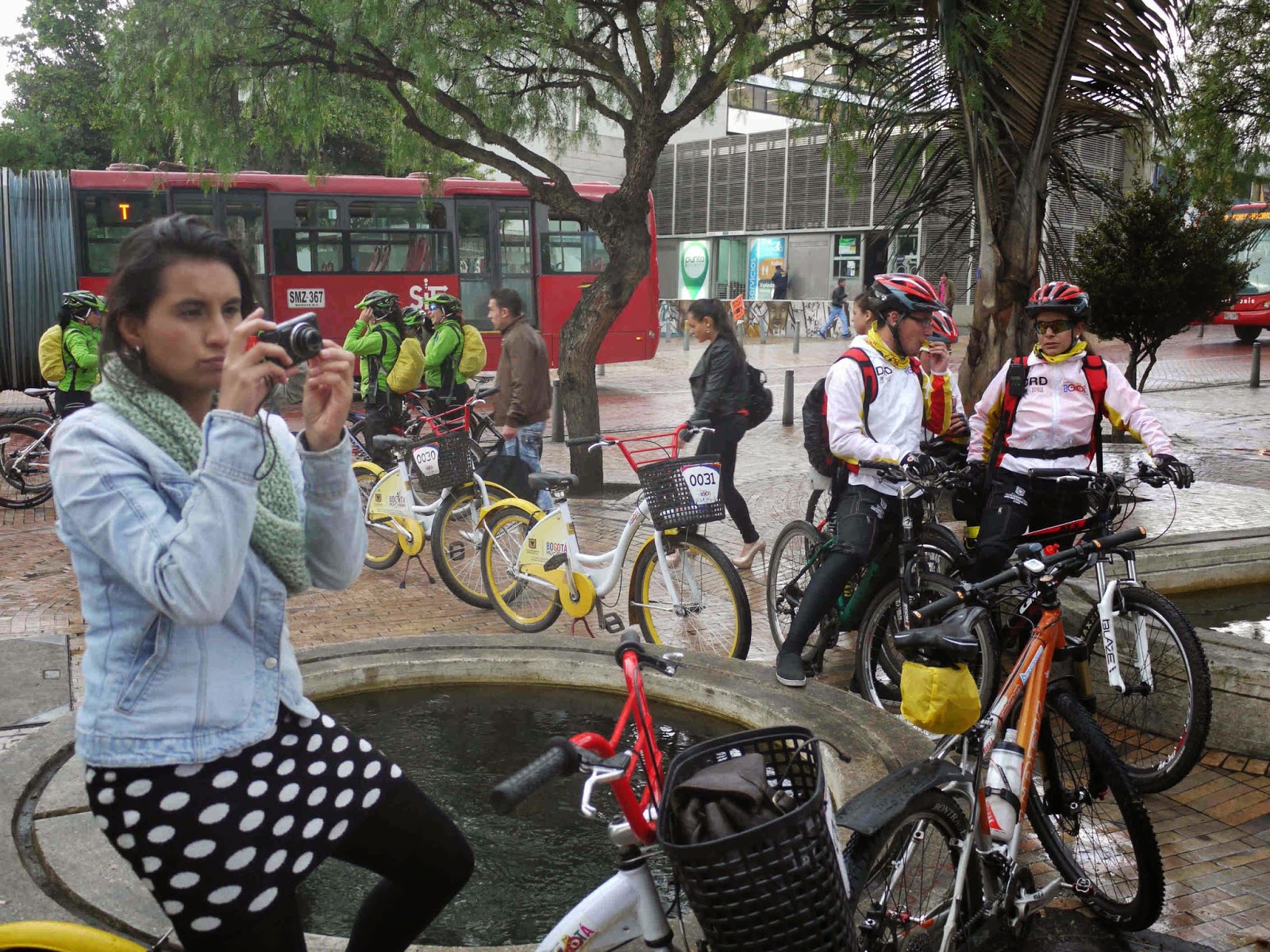