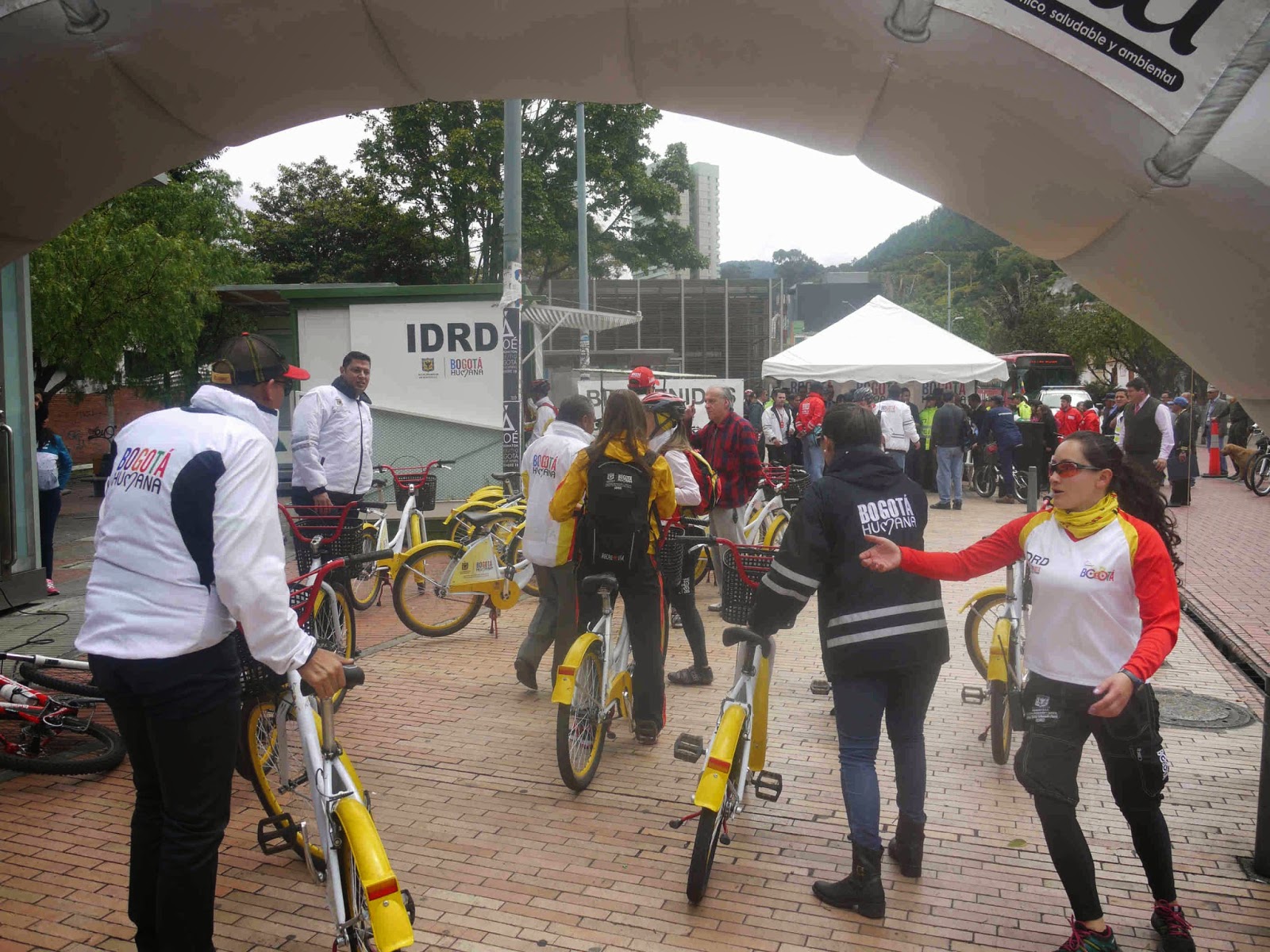 This morning, the city inaugurated a new line of its bicycle-lending program, along part of Jimenez Ave.

The expansion, overdue as it is, is an advance. (About two months ago, they created a line in El 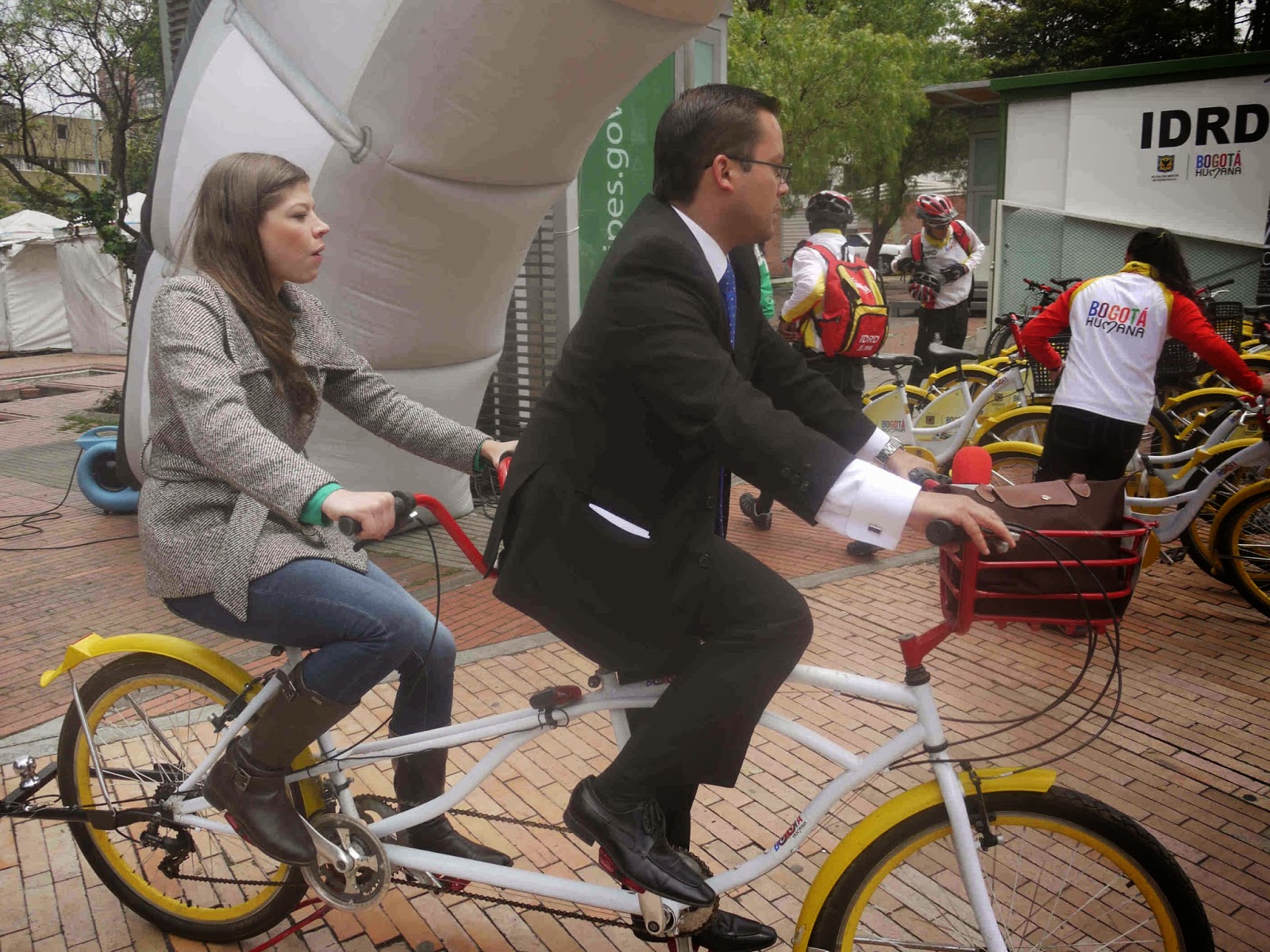 Virrey Park in north Bogotá.) However, the line is so limited that it's almost more frustrating than anything else. The bikes will only be available between 10 a.m. and 3 p.m., the hours during which Mayor Petro has shut down TransMilenio bus service on La Jimenez, for god-only-knows what reason.

While the bikes are intended to partially replace the buses, they aren't available on San Victorino Plaza, which is the final working stop during the mid-day hours. Also, unlike Ave. Septima and El Virrey, which are flat, Jimenez has a grade, altho an uphill one.

This tiny additional bicycle service is also a reminder of the city's inaction on a long-promised city-wide public bicycles program. Recently, the deadline for placing the program out for bid passed without action.

Bogotá, once a pioneer in cycling in Latin America, is falling farther and farther behind cities such as Buenos Aires, Santiago, Chile and Mexico City. 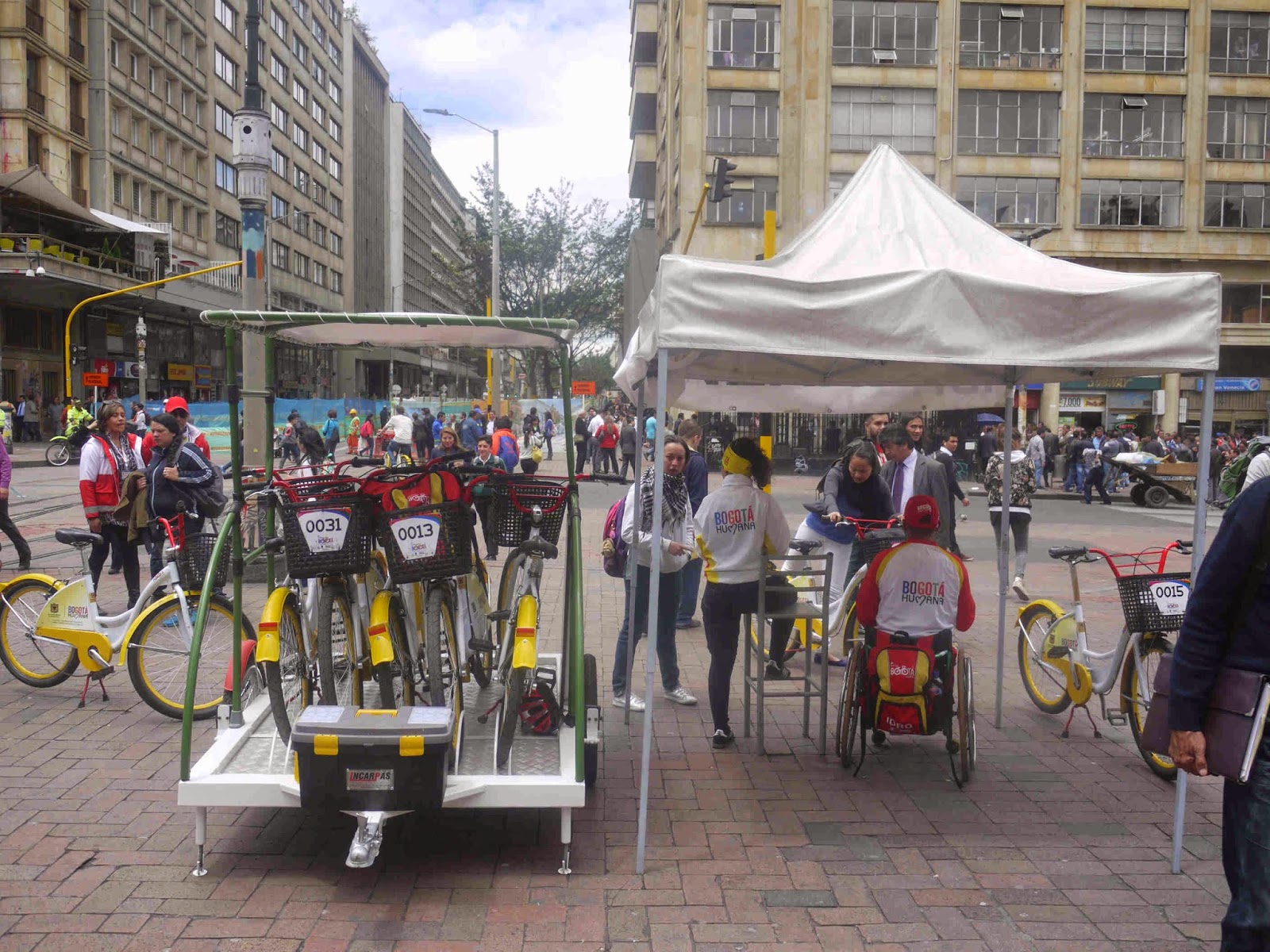