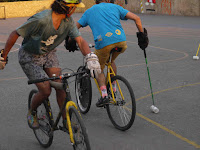 I was impressed by the sport's dynamism, by the fans' enthusiasm, and by the athletes' adroitness and
technical skill.

A team composed of Colombians, Mexicans and a latino from North America won the tournament, but in reality these folks found their joy in the competition itself. Winning was secondary. I also noticed that the distance from bike polo to anarchism isn't much. 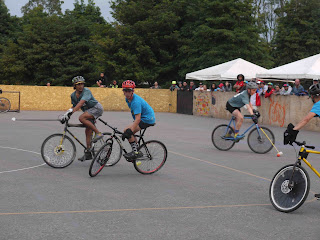