Today was the second and final day of the human powered vehicle competition held on the National University's Bogotá campus. The vehicles, which appeared to be all recumbents, were built by teams from different universities. (One was adjusted and finished up in Bogotá Bike Tours office.)

I'm not sure I've ever seen a ecumbent on a Bogotá street. The low seated position would make it hard to see in Bogotá's chaotic traffic - and for motoized vehicles to see the cyclist.

The tricylists didn't seem particularly fast, but I guess that's,not their goal - except for today. 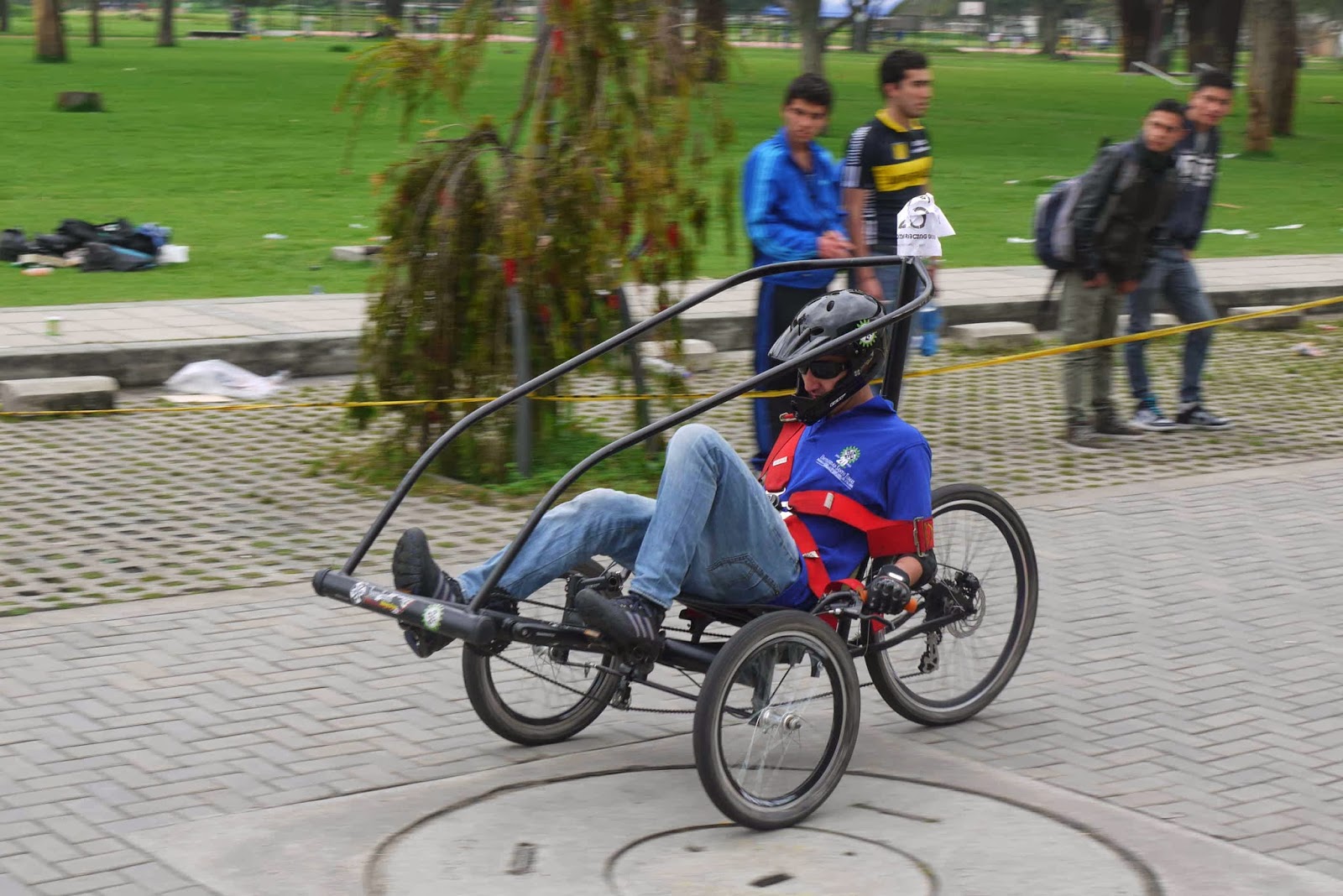 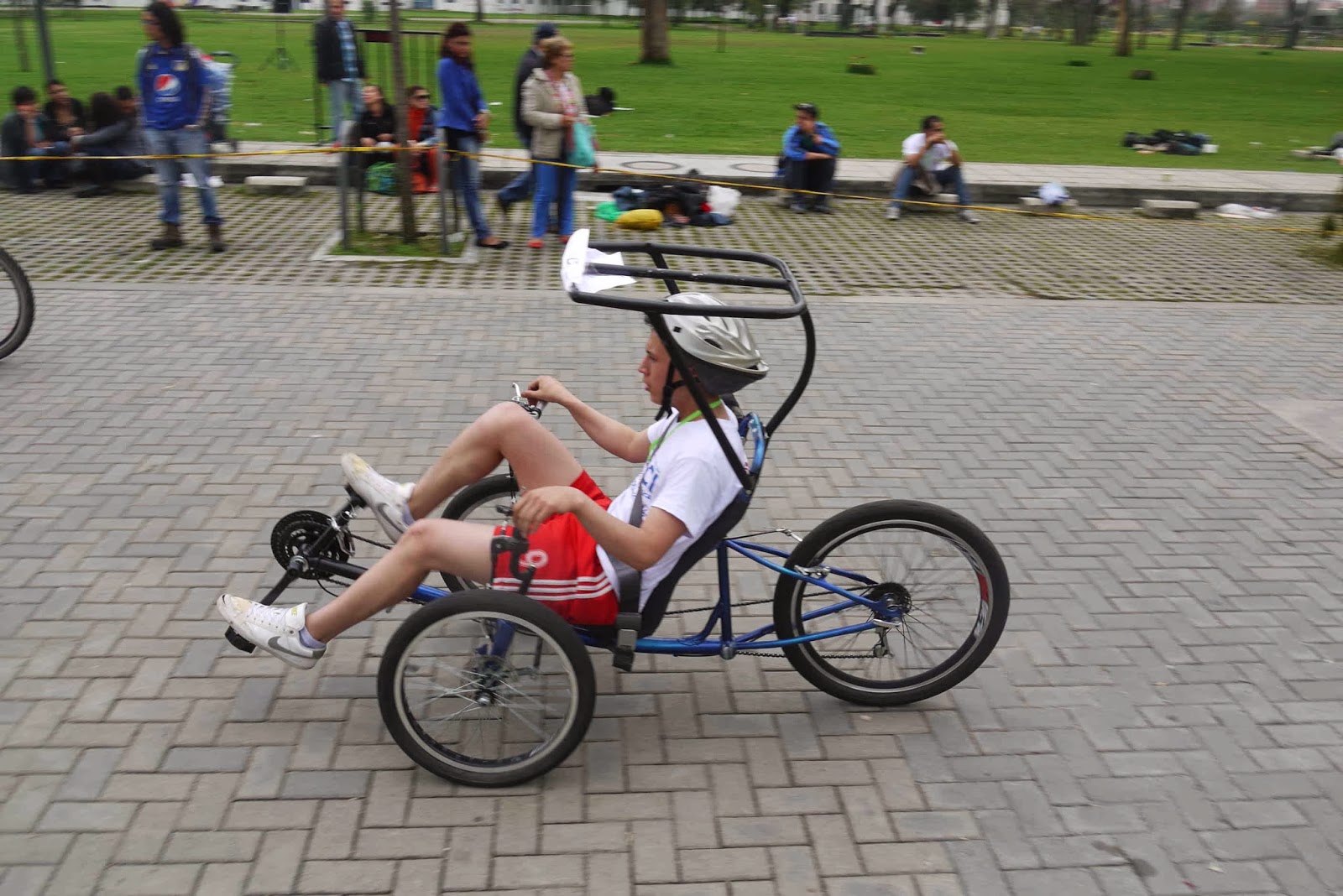 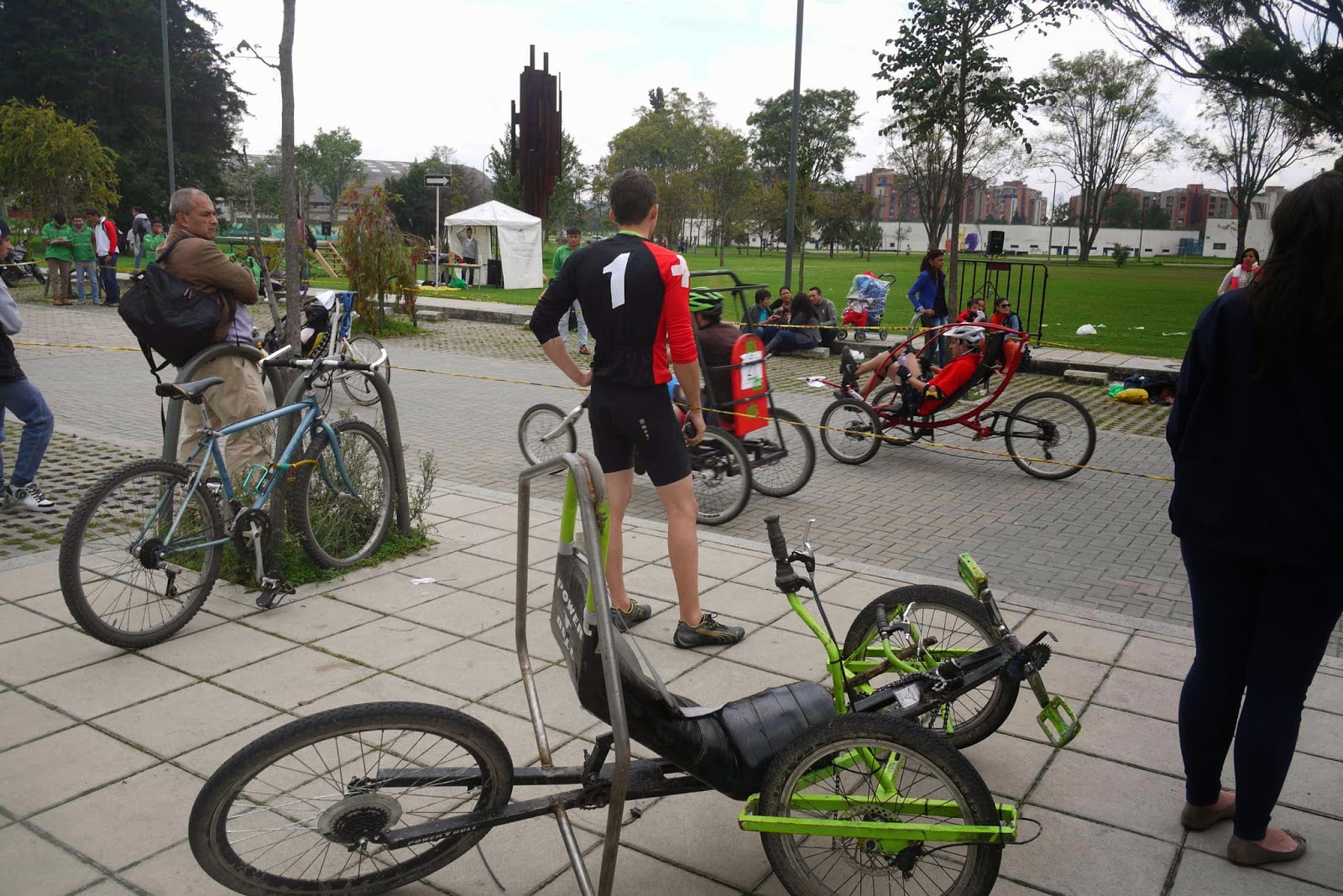 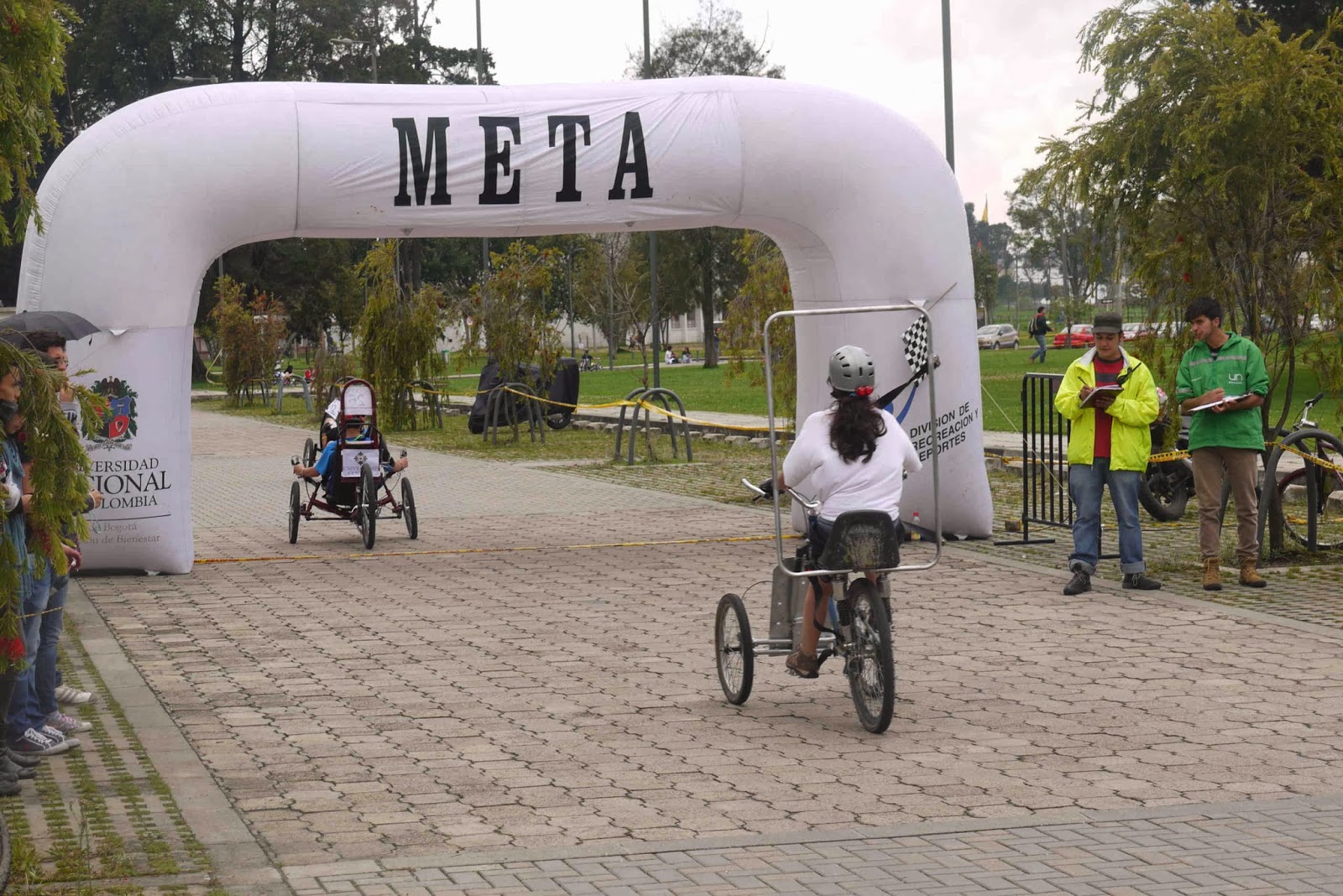 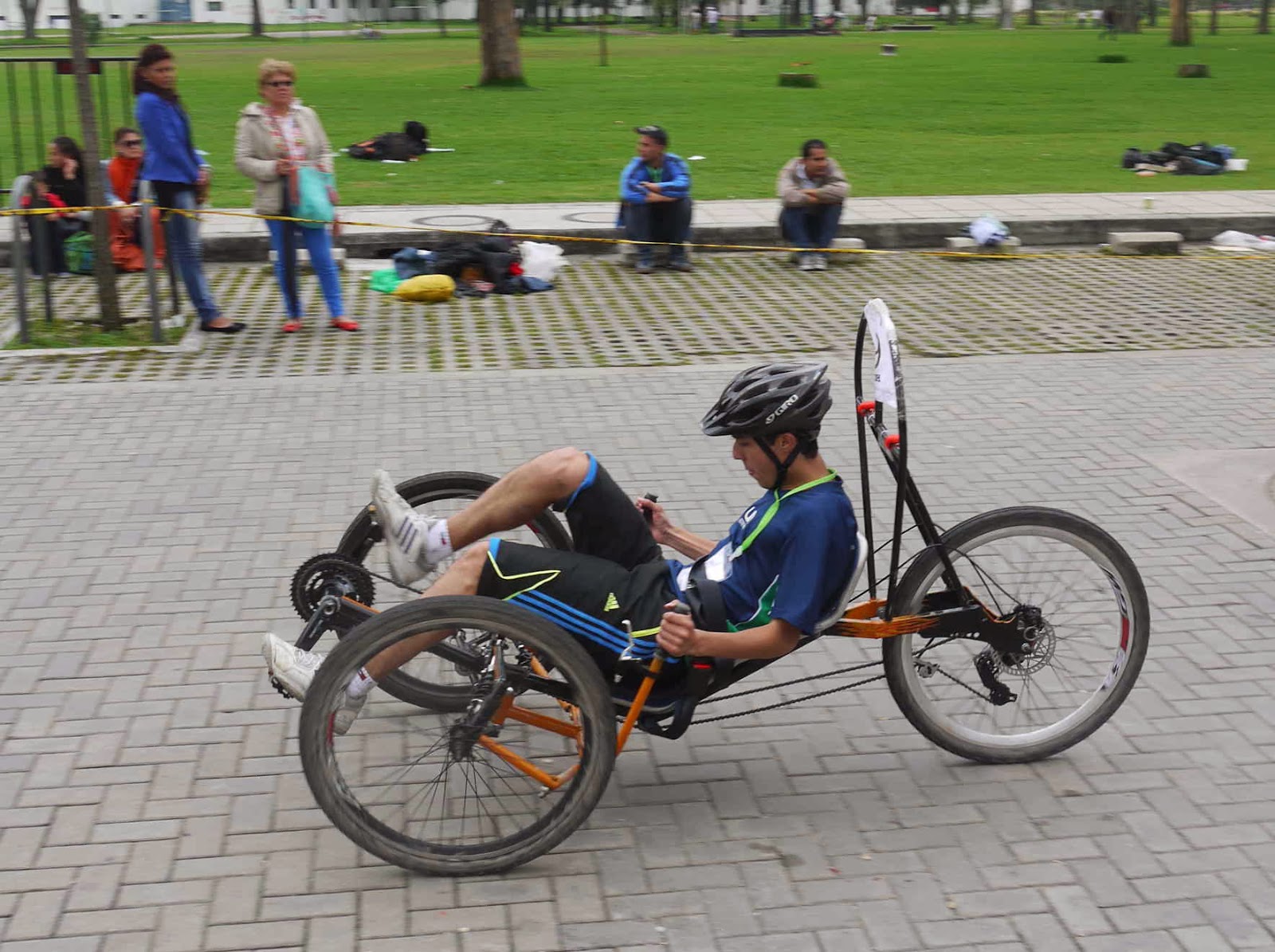 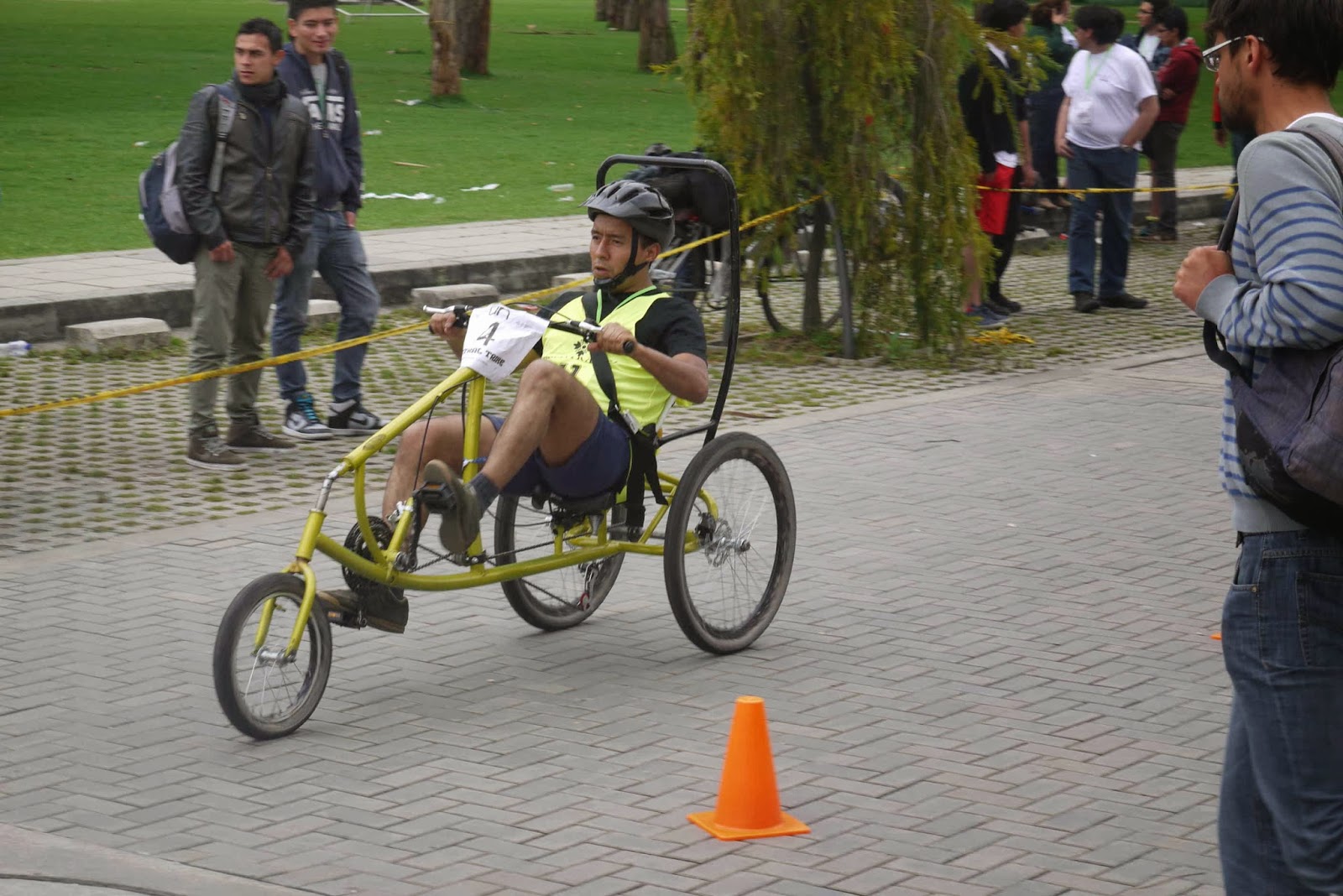