'My Style is Bici'


Some scenes from yesterday's event on Plaza Bolivar, called 'My Style is the Bike' (Mi Estilo es Bici), sponsored by the city government and intended to promote cycling.

Let's hope that the city's efforts go beyond p.r. Jaime Ortiz (photo at the bottom), a Bogotá architect who worked for many years as a city official, during which time he helped start La Ciclovia in the 1970s, was cynical about the event - and nearly all of Bogotá's pro-cycling efforts.

For example, Ortiz argues that the city has designed Ciclorutas for the use of university students - relatively few of whom actually ride bikes - while ignoring the city's many delivery bicycles.

"I think this process needs a bit of reality," Ortiz said. "There's too much image." 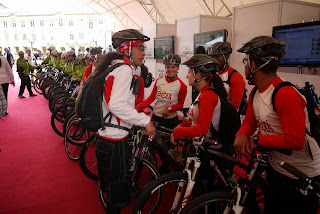 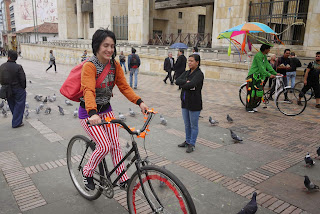 And a few scenes of the (sometimes) reality on Bogotá's streets and sidewalks.