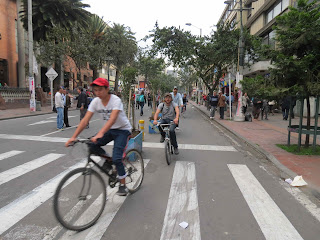 Mayor Gustavo Petro's pedestrianization of Ave. Septima during the day and his creation of a bicycle lane have notably increased the number of cyclists on the stretch of Ave. Septima from Plaza Bolivar north to Calle 25, where the street reopens to cars.

And, that's not only because the city is lending bikes to use on this stretch. 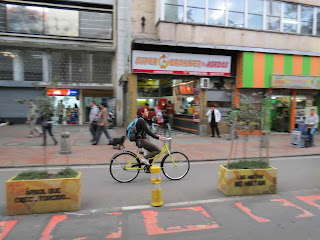 I've also noticed a large proportion of female cyclists on the pedestrianized Ave. Septima. Generally in Bogotá almost all commuter cyclists are male.

But Petro is now under seige, by a campaign to revoke his mandate. If Petro goes, then the car-free Septima, which many retailers oppose, will likely end, too.