The Man Who Helped Bring La Ciclovía to Bogotá

In 1982, Gonzalo Medina visited Rio de Janeiro and was struck by how the city shut a shoreline avenue to car traffic each Sunday for pedestrians and bicyclists. 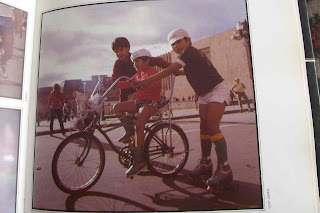 When Medina, then an official with Bogotá's transit department, returned home, he convinced city officials to try the same experiment on the Circunvular, the avenue running along the city's Eastern Hills. But after police complained that the closed road blocked access to a hospital, the new experiment called La Ciclovia was shifted to Ave. Septima.

One of Medina's goals even back then was to change the bicycle's image. 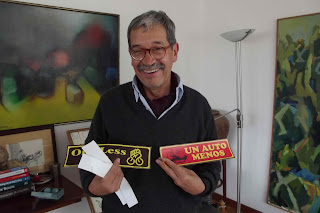 "Riding a bike was not only in bad taste," he said, but cyclists were seen "as people who couldn't afford a Renault."

Over the following years, La Ciclovia won supporters and confronted opponents, Medina says, including some who wanted to restrict or even eliminate the institution in order to open roads for cars. La Ciclovia overcame its most recent threat several years ago, when a senator introduced a law closing La Ciclovia two hours earlier. The proposal met widespread opposition, including from cyclists and the city's sitting and previous mayors, and the proposal died. Over the years, La Ciclovia has also lost some segments, usually to make way for infrastructure projects.

The Ciclovía concept wasn't born with Medina's trip to Rio. In the early- and mid-1970s a student initiative called the 'mitin de la bicicleta' created a Ciclovia on Avenidas Septima and 13. The idea was formalized by a 1976 decree, but it's not clear to me whether or not it lasted.

The idea has also expanded across Latin America and into the United States, altho Colombia's version is still the largest and most frequent. There's even an International Network of Ciclovias organization to promote the concept. La Ciclovia, along with the TransMilenio express bus network and the city's bike lane network, once gave Bogotá a reputation for progressiveness and urban ingenuity, altho that image has since faded.

Medina says the biggest improvement to La Ciclovia over the years was Mayor Enrique Peñalosa's addition of the annual Ciclovia Nocturna, or night-time Ciclovia. 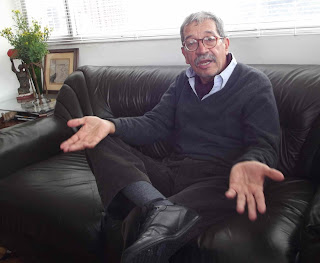 But the Ciclovia Nocturna happens only once a year, and part of its route is so packed with pedestrians that you can't ride a bike.

More important, it seems to me, is the way that La Ciclovia's become an essential Bogotá institution.

Various studies have found that the Ciclovia concept benefits not only participants' health, but also the economy, by saving on medical expenses.

"I'm proud," Medina says of his work. "It was an important contribution."

In Havana, Cuba, where Medina's wife works for the Colombian embassy, and where he says biking is risky, he continues pushing for better cycling conditions.

But to get more people onto bicycles, Medina believes that bikes mustn't be seen any longer as the 'poor man's vehicle.' In Bogotá, most bicycle commuters are still low income people who ride bikes to save on bus fare. In Colombia's class-conscious culture, the middle class and wealthy want to be seen in cars - even if that means spending hours trapped in traffic jams. 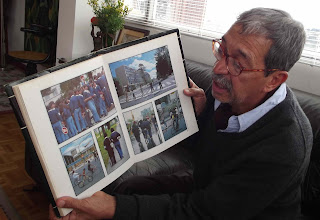 "There should be executives on bikes, so that the bike has status," Medina says.

Medina also advocates more space for pedestrians and cyclists, including car-free streets in the historical center.

Those measures would help Bogotá fulfill more of La Ciclovia's potential - to get Bogotanos to use their bikes not only on Sundays, but every day.