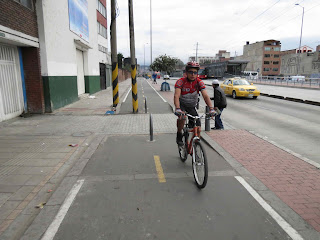 The newish Cicloruta, or bike lane, on Carrera Decima was built as part of the expansion of the TransMilenio line down that avenue. It's far from perfect, but we should be thankful to the city for building it - and, hopefully, maintaining it.

This bike lane heads south, past some rough, low-income neighborhoods. It also passes several old hospitals which have seen better days, one of which is vacant and the subject of dispute, as well as many small businesses. This area is just south of the city center and the seat of government, and the city has hopes of revitalizing it - altho that would mean displacing many residents. 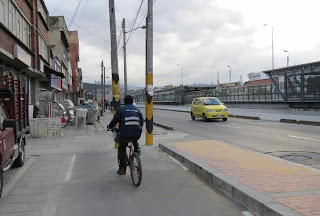 The bike lane was built as part of the construction of a TransMilenio line down Carrera 10. The project is way behind schedule. 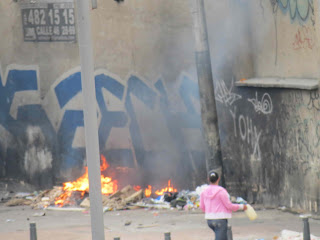 Like many parts of Bogotá, air pollution is a chronic problem in this area. Here, a trash pile burns. 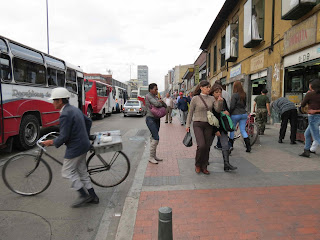 North of Calle 8 the bike lane disappears, altho one can detour into Tercer Milenio Park for a few blocks. Cycling on this stretch of La Decima is difficult. 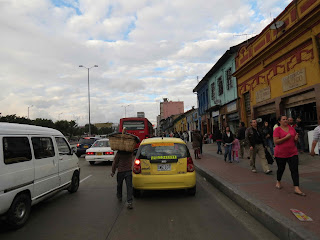 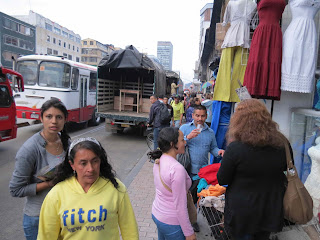 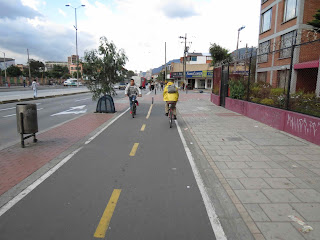