Bicycle Week Winds Up With a Mural

Bogotá's Bicycle Week wound up last Sunday with the painting of a bicycle mural on 67th Street, just off of 7th Ave. (The supplies were payed for by Bogotá Bike Tours, which offers graffiti tours, and which might possibly make this mural part of our bike tours.) The grafiteros volunteered their time and skills. 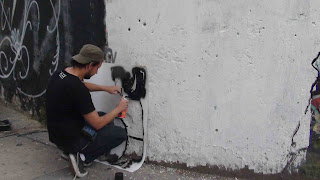 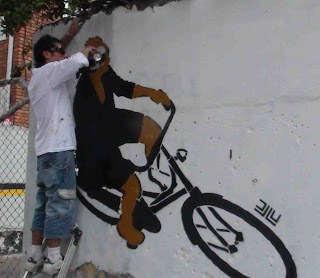 *The Nule clan had the initial contract for building the express bus line on Calle 26, but mismanaged it and allegedly pocketed public money. They are now in prison, as is Mayor Samuel Moreno, who issued the contract.
Publicado por Ciclistas Bogota en 18:56